For early career researchers, gaining the opportunity to establish your scientific independence can be difficult to say the least. Last November, the Brain Health Research Centre and the Centre for Neuroendocrinology established the Early Career Accelerator Grant specifically to support the next generation of kaipūtaiao. 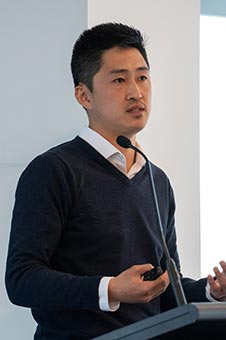 The inaugural 2021 recipients were Drs Joon Kim, Teodora Georgescu, Conor Underwood and Elodie Desroziers. We touched base with several of the recipients to see how their research has since progressed.

The FED devices will also be used in the future Marsden funded research and Dr Kim says “This hands-off approach is critical for stress neuroscience research and would not have been possible without these devices and the support from BHRC+CNE.”

Dopamine cells (black) depleted in one half of the brain (left) in a rat with gut dysfunction and Parkinson’s disease.

Dr Conor Underwood (mentored by Associate Professor Louise Parr-Brownlie) was able to utilise this grant to cover expenses on a project that characterises the behavioural and histological impact of gut inflammation in Parkinsonian rats. 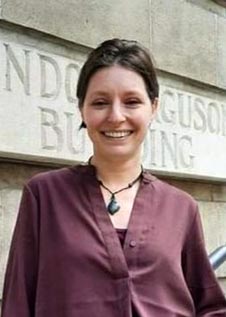 It is currently known that exposure to androgen prenatally triggers polycystic ovarian syndrome in females, and is hypothesised to cause autism spectrum disorders in males.

Dr Teodora Georgescu (mentored by Professor Dave Grattan) used the grant to investigate how the normal fever response is supressed in pregnancy. 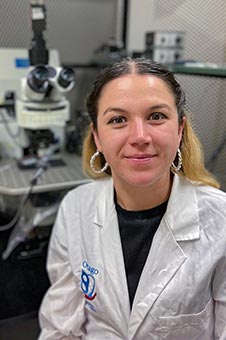 “The BHRC/CNE grant has helped me set-up an independent line of research which is distinct from current themes in the Grattan laboratory and in the Centre for Neuroendocrinology.” says Dr Georgescu. She has since obtained further funding for this project from Maurice and Phyllis Paykel Trust and recently a University of Otago Research Grant.

“I have just completed the first experiment establishing the fever model in pregnant mice and will be continuing with these experiments over the next 6 months. The BHRC/CNE Early Career Accelerator Grant was therefore the catalyst for developing a novel and distinctive research path for me to lead and take ownership of.”

The Early Career Accelerator Grant provides financial support to postdoctoral and research fellows, enabling them to gather preliminary data to bolster their future chances of obtaining their own research funding.