Thirteen postgraduate students in the Department of Biochemistry have been awarded the Mike Murphy and Rob Smith Scholarships for 2022. Eleven of the students are Biochemistry majors, while two are Genetics majors. 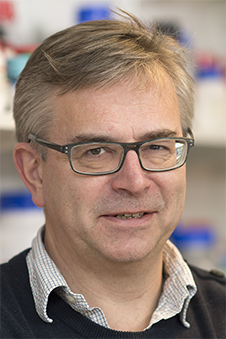 Professor Murphy (Right) is currently Professor of Mitochondrial Redox Biology at the University of Cambridge. 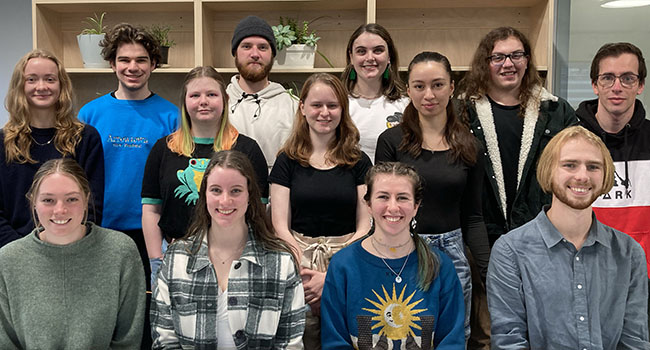 Kiri-Moana Burich is an MSc student in Dr Sarah Diermeier's research group. She is investigating the role of a novel non-coding RNA called lncTNBC1 in the growth of one type of breast cancer.

Anna Mason is currently researching the native New Zealand species of glow worm, Arachnocampa luminosa, studying for a BSc Honours under the supervision of Professor Kurt Krause. She aims to determine the structure of the glow worm luciferase, the enzyme that catalyses the chemical reaction that causes glow worms' unique star-like blue glow.

Jake Szostak is another BSc Honours student in the Krause lab, but he is purifying and characterising M-T7, a protein produced by pox viruses that can interfere with host immune response.

Emily Park is also a BSc Honours student. Under the supervision of Associate Professor Peter Mace, she is investigating the pseudokinase TRIB1 using nanobody probes. The group are hoping to identify features of TRIB1 that may be used in the development of inhibitors for Tribbles-related cancers such as leukaemia.

Caleb Trimble is another BSc Honours student in the Mace lab. Caleb is looking at interactions between proteins involved with stress response in plants.

Kate McPhail is working towards an MSc in Genetics with Professor Peter Dearden. She is studying the genetic pathways involved in the development of waxmoth wings.

Theresa Matheson-Grant and Mitchell Walshaw are both studying a newly discovered, as-yet unnamed, developmental disorder under the aegis of Associate Professor Louise Bicknell. This disorder is caused by a genetic mutation, but not all people with the mutation are affected by the disorder. Theresa's and Mitchell's MSc studies compare the affected and unaffected groups of people, looking for further genetic differences.

Sarah Barber's MSc is supervised by Associate Professor Anita Dunbier. Her research will make a contribution towards the future development of immunotherapy for oestrogen receptor positive breast cancer.

Caitriona MacTaggart is an MSc student with Associate Professor Liz Ledgerwood. She is studying how the peroxiredoxin-thioredoxin antioxidant pathway changes with age.

Alex van der Weerden is doing a BSc Honours in Genetics. He is supervised jointly by Associate Professor Steph Hughes and Dr Indranil Basak. He is studying the regulation of lysosome function in brain cells, hoping to contribute to finding a cure for lysosomal storage disorders such as Batten Disease.

Jeffery McAlpine is an MSc student under Dr Adam Middleton's supervision. He is studying the ability of some ubiquitin variants to inhibit the activity of the E2 conjugating enzyme H5b. Ubiquitin signalling is important in the development of many cancers, so this research is aimed at improving cancer treatments.

Phoebe Allan is a BSc Honours student with Professor Iain Lamont. She is studying the effect of detergents on the expression of a specific molecular pump and how that impacts antibiotic resistance in Pseudomonas aeruginosa.