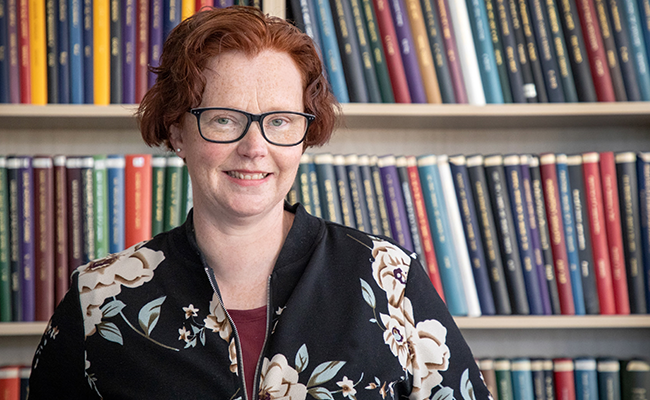 A University of Otago researcher is involved in a breakthrough trial which could improve the quality of life for children diagnosed with Batten disease.

Batten disease is a rare inherited disorder of the nervous system, which quickly progresses causing blindness, deafness, and paralysis. Children with the disease rarely live beyond their teenage years.

Associate Professor Stephanie Hughes, alongside her team from the University’s Department of Biochemistry and fellow researchers at Lincoln University, has developed what is believed to be a world-first gene therapy treatment which has recently been approved for trials in humans.

Last year, the treatment – which is partly funded by Cure Kids – received US FDA approval for clinical trials after being previously tested on sheep. Sheep with Batten disease experience similar symptoms to children, including atrophy of the brain and losing their vision. They usually only live for about two years, but the ones given the gene therapy live for more than five years.

Researchers are hoping to see similar, or better, results in human trials.

“Success will improve the quality of life for children and their whānau, and hopefully prevent the disease from ever developing,” Associate Professor Hughes says.

The trial, run through biotech company Neurogene and conducted at the University of Rochester in New York, is recruiting children between the ages of three and eight who have the rare CLN5 variant of the disease.

They will be injected with a specially created vector which carries a copy of the CLN5 gene to replace the faulty version in the children.

Associate Professor Hughes developed the viral vectors which deliver the gene to the correct cells to ensure it can replace normal cellular function.

Children will be closely monitored for the following five years, and Otago and Lincoln researchers will investigate whether the therapy can be improved.

“We’re proud to see our science being taken to the next stage, and we are continuing to refine our methods for gene therapy and adapt it to help children with other variants of Batten disease.”

Associate Professor Hughes has been studying the disease since 1996, firstly completing a PhD in sheep diseases.

After a stint at the University of Iowa, in the United States of America, to work in a gene therapy lab, she returned to New Zealand in 2008 and formed her own research group. That group includes Dr Indranil Basak, Dr Luci Schweitzer, and Hollie Wicky.

“We joined forces with Professor David Palmer’s group at Lincoln using our viral and Batten disease expertise to test gene therapies in two forms of sheep.”

That lead them to successfully halt the disease in sheep with the CLN5 variant.

“A second form of disease in sheep (CLN6) has proven tricky to treat and we are now working with human neurons in culture and other mouse models to understand why and how we can improve gene therapy for this and other forms of Batten disease.”