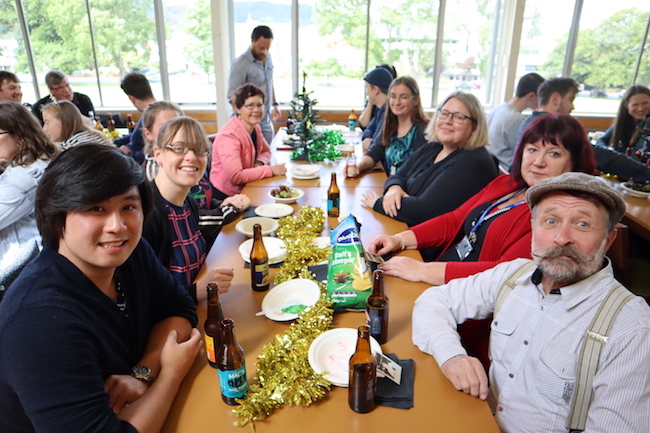 On Wednesday afternoon, Otago biochemists assembled at the Alhambra Union Rugby Football Club to celebrate the many successes of 2019, drown the memories of failed experiments, and to thank the many people who work so hard to support the Otago Department of Biochemistry and its students.

With Dunedin weather currently ignoring the fact it is supposed to be summer, celebrations were contained inside, but the traditional offering of strawberries and icecream (plus a few drinks) kept festive spirits high. 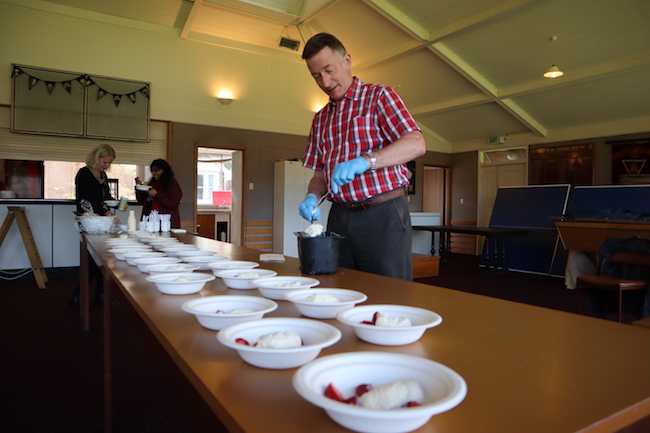 Professor Iain Lamont and outgoing head of department Professor Catherine Day led the formal part of the afternoon, thanking staff and presenting awards to postgrad students who contributed to research papers published during 2019. Professor Sally McCormick, soon to be the new head of department, entertained the crowd with games, for what she claims will be the last time. 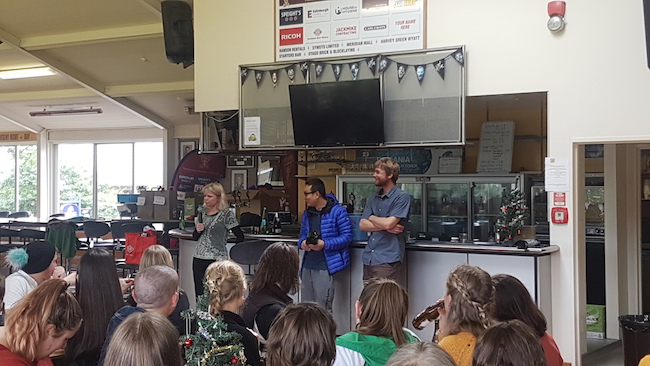 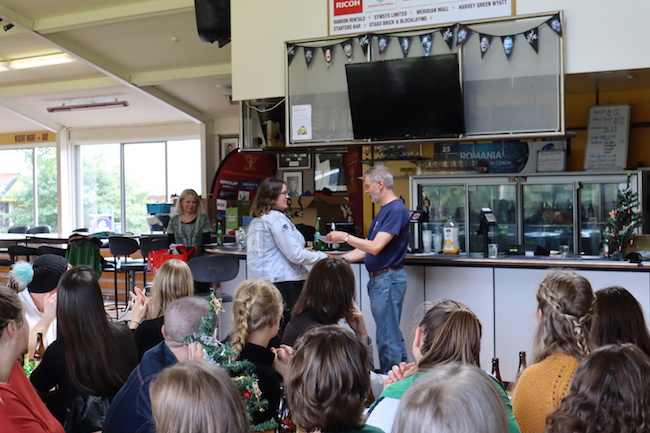 The movie poster competition was a roaring success, with so many enthusiastic and well-thought through entries that choosing who to vote for was very difficult. However, the Merriman lab took out the competition with a Harry Potter movie-inspired poster, and the office staff placed as runners up with their depiction of the Breakfast Club. 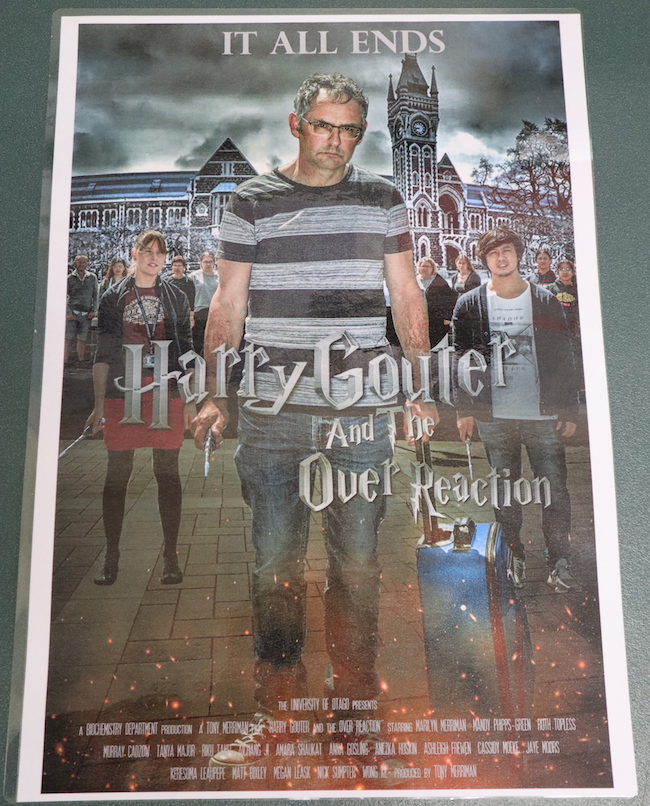 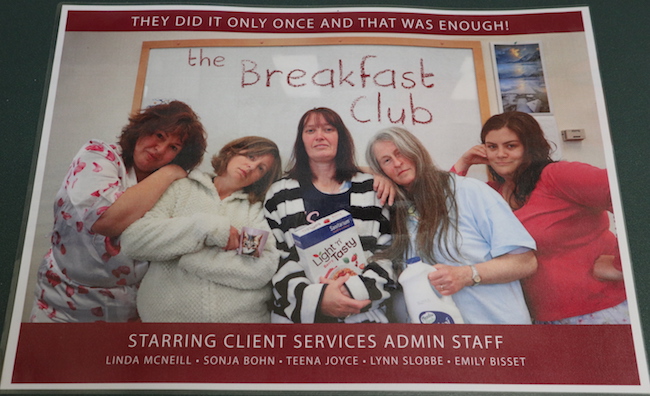 The party enjoyed a mix of old and new faces; a handful of now-retired staff (I spotted Kevin Farnden, John Cutfield and Murray Cockeril) popped in to catch up with friends and mingle with the ever-renewing, youthful force of postgraduate students. 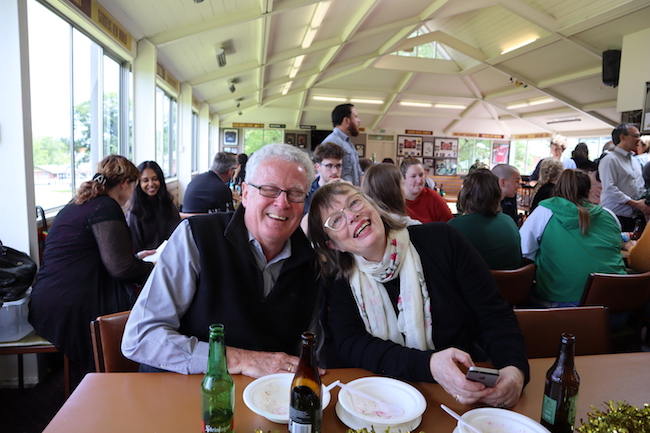 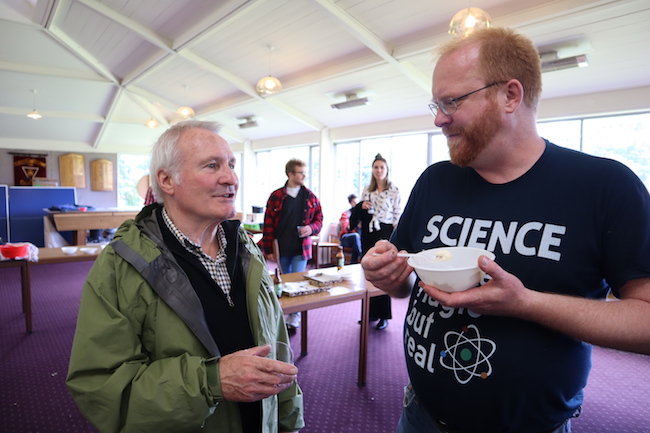 As it now enters its annual hibernative state, only the bare essentials in the department will be kept going for the next few weeks. So until sometime in January, when it starts to wake and we find ourselves in the building again, put work out of your minds for a bit, and have a restful and happy holiday! 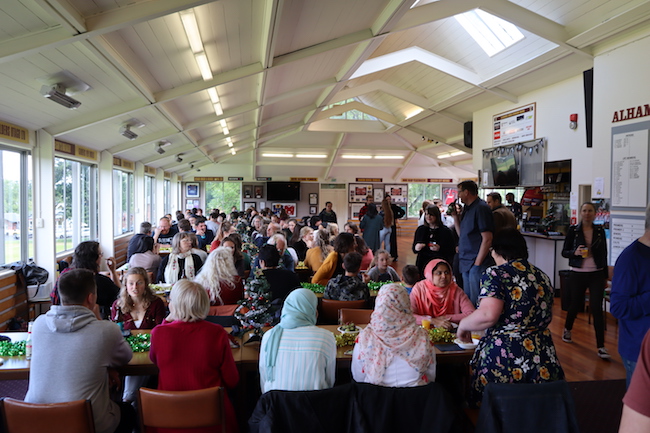 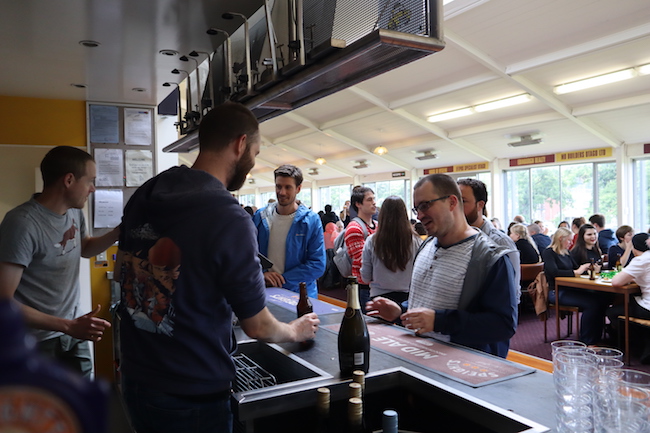