The changing of the guard: a new Head for Otago Biochemistry

Another chapter in the history of the Department of Biochemistry has passed, with its leadership handed over at a special dinner last Friday at Plato Restaurant.

The function was an opportunity for the department to thank Professor Catherine Day for her steady hand on the tiller as Head of Department for the past five years, and welcome Professor Sally McCormick into the role.

Many of the Department’s academic and professional staff, both past and present, came to the event, where they were treated to food, speeches and general conviviality. Plato provided its usual high standard of delicious cuisine with an emphasis on seafood.
As well as Sally and Catherine, attendees included three other previous heads of department; Professor Kurt Krause, Professor Warren Tate, and Associate Professor John Cutfield. 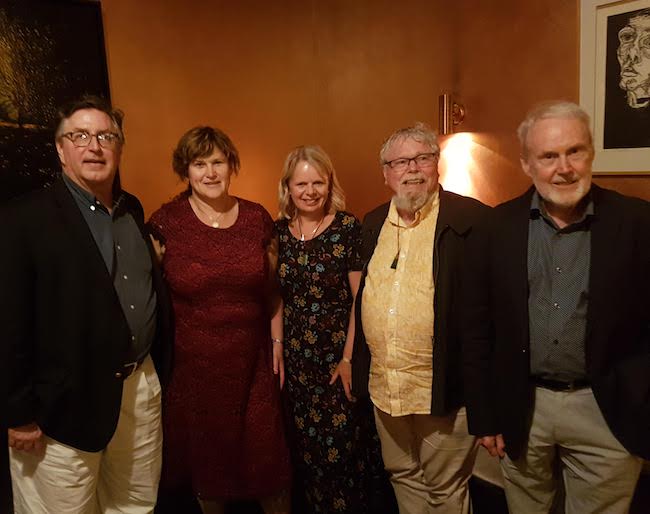 Our resident workshop genius Peter Small was the MC for the evening. Speeches from Sally and Associate Professor Peter Mace celebrated the many department successes achieved with Professor Day in charge, and all of the strengths she has shown both as a leader and scientist in such a challenging role.

Gifts for Catherine from the department included a beautiful pounamu pendant in the shape of a toki (adze), commisioned by Sally from the local artisan Ewan Duff (tino ātaahua tōna taonga), and a bird bath (Catherine is a passionate gardener). The toki is said to be a symbol of power, wisdom and authority, providing courage and strength in times of adversity. 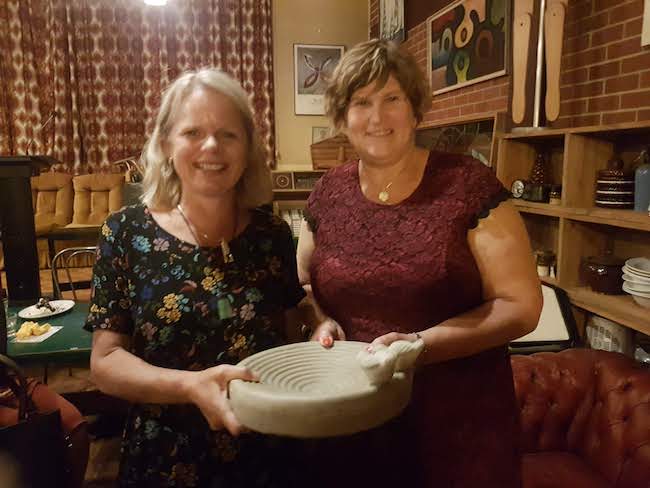 Another highlight of the evening was a large scientific-style poster on display, which concisely documented Catherine’s time as HOD, beautifully produced by Bronwyn Carlisle, Associate Professor Sigurd Wilbanks, and Sally.

Catherine now plans to focus back on her research and teaching roles, and is looking forward to spending more time with her family and her garden.

As Sally settles into her new office, and Sigurd takes over her former role as deputy HOD, we wish them luck, and are confident that the department will continue to prosper in their care. 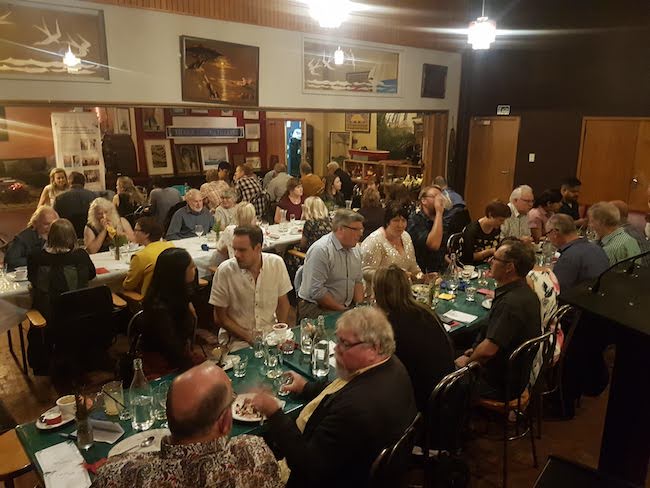