Yesterday Otago Biochemistry marked Professor Tony Merriman's departure from the Department with an informal morning tea. Well-wishers, including both current and former members of the Department, packed the tearoom to say good-bye.

Tony joined the Department as an undergraduate in 1987, completed his Honours degree with Associate Professor Merv Smith in 1989, and then his PhD with Professor Iain Lamont in 1993. After a postdoctoral fellowship at Oxford, Tony returned to Otago in 1998 supported by an HRC Project grant and set up his research lab.

His group has gone from strength to strength in the years since, originally working on the genetics behind various autoimmune diseases such as diabetes and rheumatoid arthritis, but eventually concentrating on hyperuricaemia (too much uric acid in the body) and gout. He is particularly interested in applying the results of his research in the community, and has developed strong collaborations with Māori and Pasifika health groups.

Professor Merriman is moving to a research position at the University of Alabama at Birmingham, where he will continue studying the genetic basis of gout, however with a stronger clinical focus at the University hospital.

The exigencies of the current Covid-19 pandemic have dictated that, for the moment, Tony leaves behind his wife/research partner Marilyn to manage the portion of his group who remain in the Department, but we expect to see both of them back and forth regularly once international travel is a bit easier.

Tony is renowned for his love of family, craft beer, rugby, and Dad humour (not necessarily in that order). Part of the family goes with him, in the form of his youngest child, and he assures us that Alabama has an excellent variety of craft beers available. So we must just hope that he manages to find a streaming service that will allow him to continue to follow the Otago Highlanders in the depths of the American South, and he will be a contented man.

We wish him all the best on his new adventures. 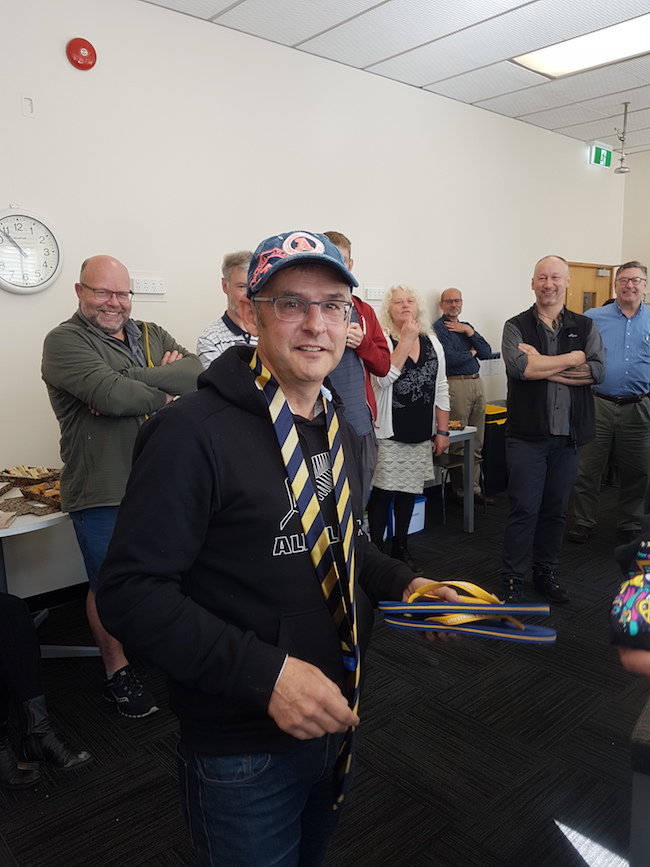 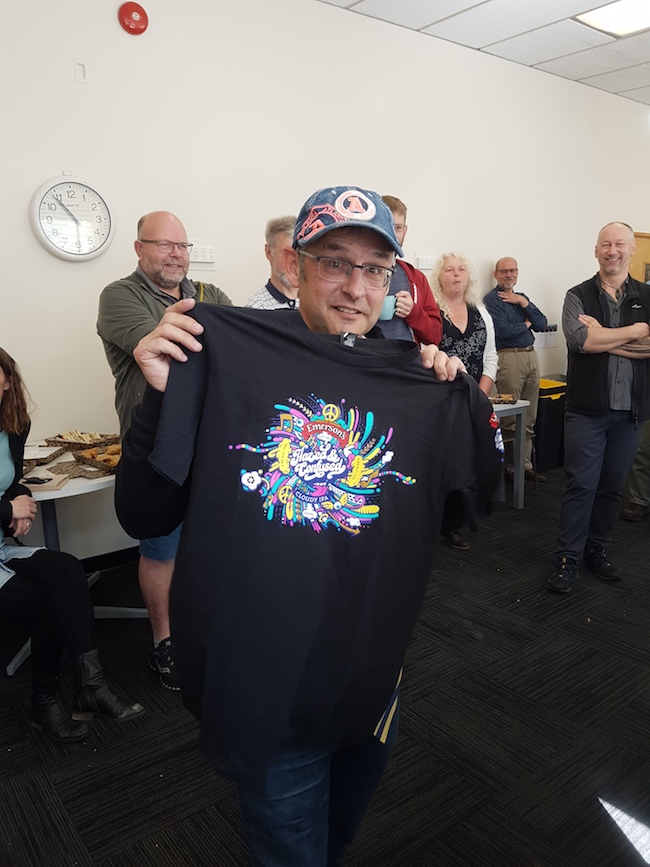 Professor Merriman with some of his farewell gifts.