The Otago Department of Biochemistry is proud to announce the winners of the 2020 student academic awards.

Each year, the Department awards prizes to outstanding students, encouraging them to continue research careers within biochemistry. The prizes are funded by generous donations from former staff, students, and their families.

Five students have been awarded prizes in the 2020 academic year: 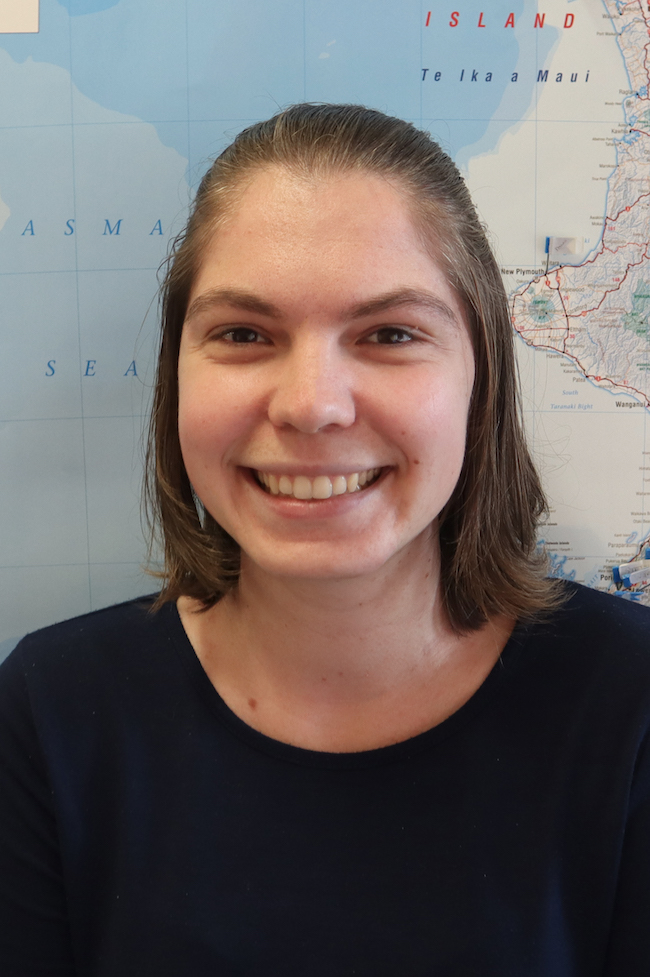 The Edson Prize in Biochemistry - for the student in the 400-level class who has reached the highest attainment in biochemistry.

Jennifer grew up in Whangaparaoa, a coastal town north of Auckland, where she went to Red Beach School then Orewa College. Jenni came to Otago initially to study neuroscience (sorry!) because she has been interested in neurodegenerative diseases for a long time, and added biochemistry as a second major at the end of first year after realising how exciting biochemistry is and that almost all of the advances in neurodegeneration research were coming from using a biochemical approach. Outside of science, Jenni's main interests are anything outdoors - tramping, mountaineering, and tall ship sailing. 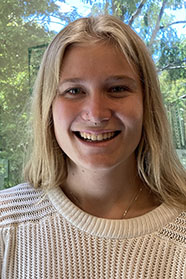 The Edson Prize in Biochemistry - for the student in the 300-level BSc(Hons) class who has reached the highest attainment in biochemistry.

Janneke, born in Amsterdam and raised in Dubai, came to New Zealand to study at the University of Otago like her mother. Her interest and knowledge in Biochemistry started at the first year of university and only grew from there. Throughout her Biochemistry degree Janneke thoroughly enjoyed her learning, especially with the encouragement from the wonderful biochemistry teaching staff. Outside of university life, Janneke likes socialising and exploring the South island. The year 2021 brings her study to Auckland to begin her medical degree. 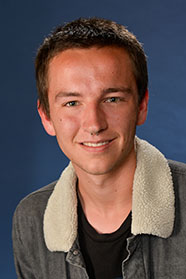 Gareth was born in the Waikato, however moved frequently as a child eventually settling in rural Southland and attending Central Southland College in Winton. They began studying at the University of Otago in 2017 where they developed an interest in biochemistry and pharmacology. Having particularly enjoyed structural biology during their undergraduate study, Gareth pursued an Honours in the lab of Professor Catherine Day working on the novel E3 ligase RNF125. This year Gareth will continue to pursue their interest in structural biology and will complete a Masters in Wellington under the supervision of University of Otago Alum, Associate Professor Wayne Patrick. Outside of biochemistry Gareth enjoys drawing, running and hiking. 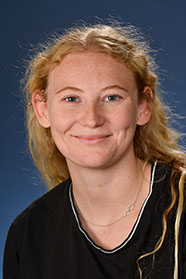 The Mervyn Smith Prize - for the student with the highest level of attainment in biochemistry in the first year MSc class.

Tyler was born in sunny Hawke's Bay and lived there her whole life until she moved to Dunedin for university in 2017. She was always interested in science during school, however, after first year health science she decided to pursue a degree in biochemistry because she found it the most interesting of all the papers. Tyler didn't really think about a career in plant science until a photosynthesis module in one of the second year biochem papers. She really loved the topic and after looking into the third-year plant biotechnology papers, was pretty sold. Last summer Shannon was really lucky to get a studentship with Plant and Food Research at the Hawke's Bay site working with the plant pathology team, which she says "was a great experience and really solidified that I want to work in agriculture and plant science". Outside of academia Shannon is into sport and fitness a football player and a frequent visitor to unipol, as well as just spending time with friends.

You can read more about the Department prizes and scholarships here, and look back at the names of all prize recipients through the years here. 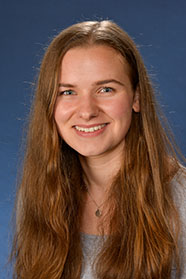 Maria is local to Dunedin and went to Logan Park High School.  She really enjoyed the molecular side of biology at high school, which she says "is how I ended up finding biochemistry and pursuing it at university". Maria's research interests lie in anything human disease-related, which led to her she choosing to do her 400-level research project in the Cancer Genetics Lab last year, under the supervision of Dr Anita Dunbier.