Our friend and colleague Associate Professor Russell Poulter died suddenly on 11 January while hiking in the Hooker Valley with his family. Russell was an active and passionate researcher right up to the time of his death - which occurred as he was investigating an interesting flower by the side of the track. He is survived by wife and research partner Dr Margi Butler, their daughter Jane Poulter, and son George Taiaroa. 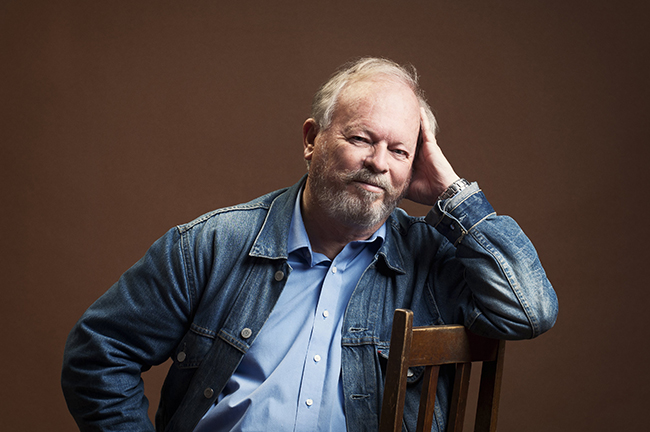 Russell Tony Maskell Poulter was born on 3 January 1944 in London, growing up in Harrow (where his street was hit by V-2 bombs during WWII) before moving to Cheltenham. Both of Russell’s parents worked for GCHQ, the British Intelligence and Security organisation, where his father was a specialist on Albania. He attended Pate's Grammar School in Cheltenham before earning a BSc(Hons) at University College London in 1965 and a PhD at the University of Leicester in 1969.

After three years of postdoctoral work at Leicester, Dr. Poulter joined the Biochemistry Department at the University of Otago as lecturer in fungal genetics in 1972. He was only the second Otago lecturer in genetics, joining Dr. Ann Wiley from Botany with whom he advanced genetics teaching at Otago for many years. Beyond Otago, Russell was secretary and treasurer of the NZ Genetics Society for several years. Russell was directly responsible for the establishment of the Otago Genetics degree programme in 1999. He retired from teaching in 2018, but retained his research presence in the department with an honorary appointment which had just been extended to the end of 2021 at the time of his death. 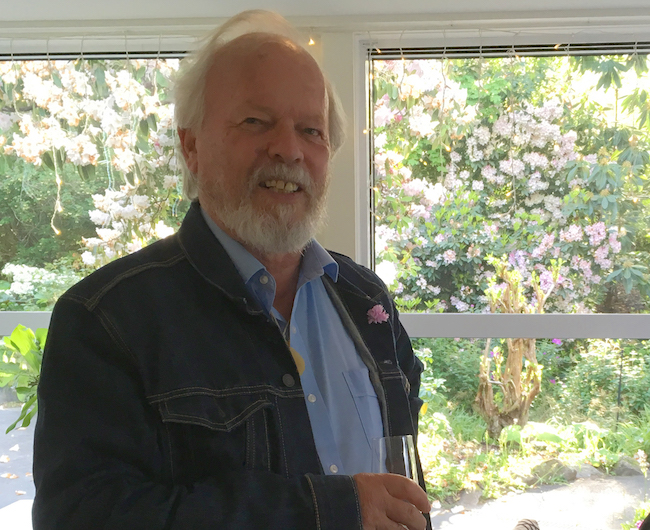 Russell at his retirement dinner

Work in the Poulter laboratory initially continued his studies on the slime mould Physarum polycephalum but subsequently focused on the genetics of imperfect fungi, later shifting to studying fungal retrotransposons, and then mobile genetic elements in general. In 2011 Russell was awarded a Bill & Melinda Gates Foundation “Grand Challenges” grant to evaluate enzymes, known as ‘homing’ endonucleases, from fungi for their suitability in eliminating HIV from infected cells. He was awarded a second “Grand Challenges” grant to study variants of the major regulator of HIV transcription. In collaboration with the late Dr Phil Bishop from Zoology, Russell’s team developed a cure (in the laboratory) for the fungal disease chytridiomycosis that has caused the decline or extinction of over 200 species of frogs and other amphibians.

Russell attracted national attention during the “Corngate” saga in 2002 and after the Pseudomonas syringae pv. actinidiae (Psa) outbreak that crippled the kiwifruit industry in 2010. Regarding “Corngate” Russell came down firmly on the side of the government, asserting that the controversy was groundless as there was no real evidence of GM corn having been planted in New Zealand. The Psa affair was a different kettle of fish entirely. Russell’s research (in collaboration with Dr. Butler and Professor Iain Lamont) determined that Psa had entered New Zealand on kiwifruit pollen imported from China, an importation permitted by the Ministry of Primary Industries. Russell believed the government ought to be held liable for the damage the importation caused. In his eulogy at Russell’s funeral, Michael Franks, chief executive of Seeka Kiwifruit, emphasised how Russell was able to bridge the gap between academic science and orchardists where other academics had alienated growers – “He gave us hope when we had none.”

As a young man Russell was a keen caver, and there are many stories about his prowess and disdain for danger, but in later life his work in genetics became his chief hobby, yielding practical applications of plant genetics. He patented a self-fertile chocolate cosmos in 1996 under the name Cosmos atrosanguineus 'Pinot Noir’, and described a gene responsible for resistance to powdery mildew in sweet peas in 2003. 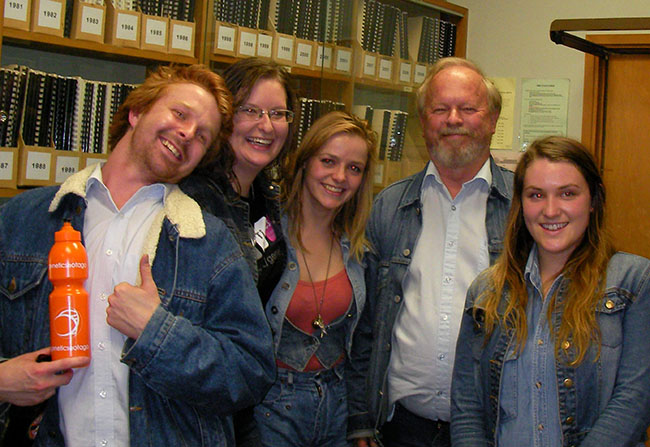 Russell posing with a group of genetics students in fancy dress as Russell Poulter.

Dr Poulter will be remembered by five decades of Otago’s biochemistry and genetics students as a man who was not only passionate about his subject, but able to communicate that passion and explain the science clearly and enjoyably. Students and colleagues alike remember him as a spirited debater, sticking up for whomever he perceived to be the underdog, and often playing devil’s advocate just for the hell of it. He was “a character”, to be seen in his younger days propping up the corner bar at “The Cook” after work in the evenings, wearing his distinctive “double denim” (jeans and jacket) with white business shirt, and as a more mature married gentleman, still in the same double denim (the shirt morphed to pale blue), walking off for lunch every day holding hands with his beloved Margi. A little plumper around the tummy, the flowing locks white and slightly sparser, but unmistakably Russell. We will miss him.