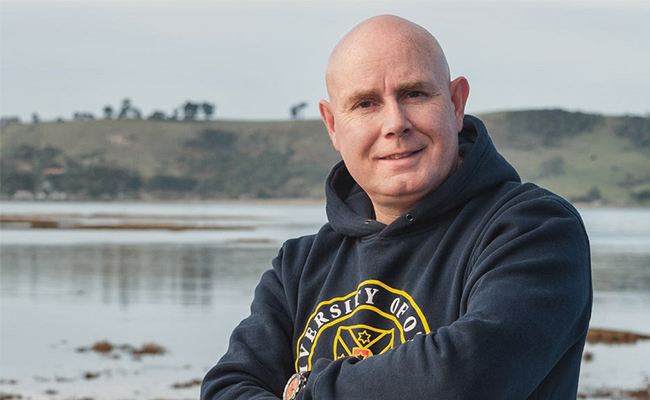 Professor Neil Gemmell will take over the position as Dean of the School of Biomedical Sciences early next year.

After making global headlines in his search for the Loch Ness monster, Professor Neil Gemmell has moved onto his next adventure as the new Dean of the School of Biomedical Sciences.

“Having the opportunity to lead this group is a significant honour,” Professor Gemmell says. “With the support and encouragement of my colleagues, I applied for the position and so it is my hope to do right by both them and our students.”

“I have a strong focus on the people around me and believe in putting the time in to recognise staff and their achievements. We celebrate success unashamedly, to create a positive environment where people feel supported to do their best.”

“Professor Hyland has left the School of Biomedical Sciences well positioned for its next phase of growth and we are delighted that he is handing over to such a capable leader. Professor Gemmell has made outstanding contributions to his field and is a well-respected and capable academic leader.”

Professor Gemmell, who takes over from Professor Brian Hyland early next year, has been at the University of Otago since 2008 as the AgResearch Leading Thinkers Chair of Reproduction and Genomics based in the Department of Anatomy. As an experienced academic leader, he has previously held roles as the Director of the Centre for Reproduction and Genomics and as Head of the Department of Anatomy.

He describes his research as a blend of ecology, population, conservation and evolutionary biology with a special interest in reproduction. In 2019, his work analysing environmental DNA, eDNA, from water samples taken from Loch Ness for signs of the famous monster attracted international attention. He has more recently been involved in work that uses similar approaches to analysing wastewater for traces of COVID-19.

Professor Gemmell is eager to lead the school into the next stage of its strategic planning.

“As we plan for new buildings and facilities over the next few years there will be opportunities to consider how we best arrange ourselves. The reality is that many disciplines now overlap in some way or other, which might lead us to change the way we group ourselves moving forward.”

Born in Wellington’s Hutt Valley, Professor Gemmell began his learning journey at the Victoria University of Wellington where his interest in genetics was peaked.

“After graduating with an Honours degree, I took some time off to travel. One day, while on a hike in Tasmania, I stumbled on a week-old newspaper that changed my life. It contained an advert for a research assistant to work on mammalian sex determination. I applied for that role, and actually did not get the job as I lacked experience, but I was instead offered a PhD opportunity in the lab of Professor Jenny Graves where I worked on platypuses.”

Professor Gemmell’s passion for his field has seen him develop an extensive network of research across a wide array of topics, achieve significant grant success, publish widely, and mentor a large cohort of students and staff. 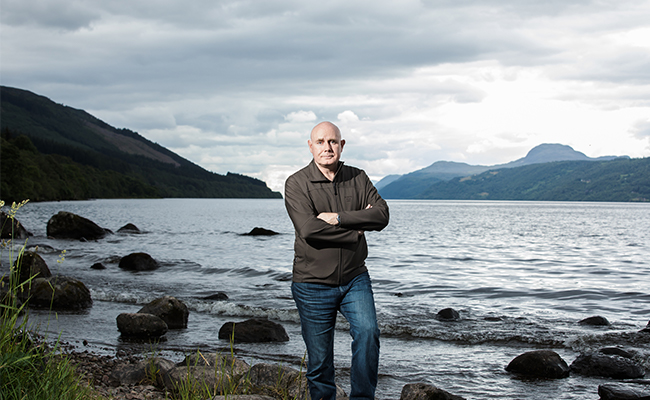 Professor Neil Gemmell made international headlines when he went in search of the Loch Ness monster in 2019.

Over the past few years, Professor Gemmell’s accomplishments have been recognised nationally and internationally. He won the BMS Research Excellence Award in 2014 and was one of seven Sesquicentennial Distinguished Chairs appointed by the University in 2019. He has also received significant external recognition, including the prestigious MJD White Medal from the Genetics Society of Australasia (2018), the “Research Excellence” award from the NZ Society for Biochemistry and Molecular Biology (2019). Last year he received the Hutton Medal from the Royal Society Te Apārangi for his contributions to animal ecology, evolution and conservation, which was soon followed by his election as a Fellow of the Royal Society Te Apārangi. This year he will deliver the Founder lecture and receive the Founders Medal from the Society for Reproductive Biology.

Division of Health Sciences Pro-Vice-Chancellor Professor Paul Brunton says: “Professor Hyland has left the School of Biomedical Sciences well positioned for its next phase of growth and we are delighted that he is handing over to such a capable leader. Professor Gemmell has made outstanding contributions to his field and is a well-respected and capable academic leader.”

Acting Vice-Chancellor of the University, Professor Helen Nicholson, adds: “With 13 years of experience at this school, Professor Gemmell brings with him a distinguished record of teaching and research in the area of biomedical sciences, as well as demonstrating strong academic management and leadership skills. He will support the school’s goal of providing leading research and academic advancement that educates health professionals both locally and internationally.”