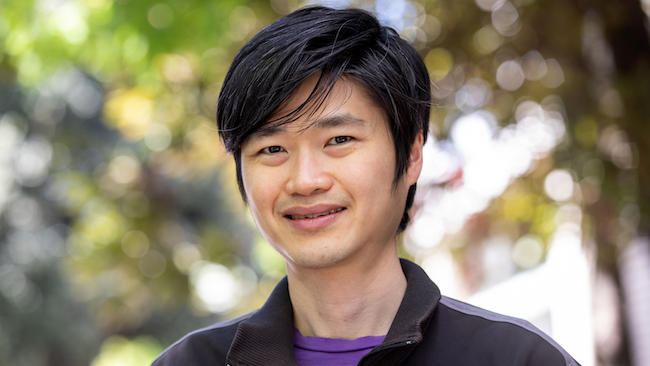 Four research projects in the Biochemistry Department received prestigious Marsden funding this year. We introduce the projects in a series of brief reports.

Dr Chun Shen Lim is using his research funding to tunnel deep into how your cells control your genes.

Your DNA, and the genes within, are tucked away inside the nucleus of each of your cells. When a gene is switched on, the cell makes a copy of it in the form of messenger RNA (mRNA). The long, skinny mRNA molecule snakes its way out of the nucleus to a protein-making factory, or ribosome, taking the gene code with it. The ribosome then reads the code from the mRNA and ‘translates’ it, using the code to build a protein.

This is a simplification, but in a broad sense, this is what it means when a gene is turned on, or ‘expressed’.

For decades, scientists have been putting this knowledge to good use in a multitude of different ways. For example, some of the new coronavirus vaccines consist of mRNA, which are decoded by our ribosomes to make a little part of the coronavirus, the spike protein, ready to train our immune systems.

Another way scientists use this knowledge is when they want to know if a gene has been turned on and how much of a particular protein has been made as a result. In this case, they will often just measure the level of the corresponding mRNA, as a proxy for the protein, because mRNA is easier to measure.

Nice idea, but in biology, there are always exceptions to every ‘rule’ (which I am told is one of the reasons why physicists can’t cope with the subject).

Something is happening to the mRNAs before they get to the ribosomes, because not all of them are being translated into proteins!

We already know that mRNAs have both coding parts and non-coding parts, and that they are processed before they reach the ribosome. Bits that don’t code for protein, called introns, are chopped out, and the remaining bits of mRNA (exons) are stuck back together before it gets to the ribosome for protein-making duties.

Throughout this process, the mRNAs retain their non-protein-coding ends, although sometimes introns are cut out of those parts too.

He aims to reveal exactly how this previously unknown mechanism of gene expression works. The Marsden award of $360,000 will fund this work over three years, including a mixture of ‘wet-lab’ experiments on cells that make a light-producing protein (luciferase), and in-computer research involving searching through existing datasets.

The investigation could open up new ways of fine tuning gene activity, which could have a big impact on all areas that rely in some way on gene expression, such as biomedical research, medicine and agriculture.

Congratulations to Lim on his award - Ka mau te wehi!