The Otago Department of Biochemistry is proud to announce the winners of the 2021 student academic awards.

Each year, the Department awards prizes to outstanding students, encouraging them to continue research careers within biochemistry. The prizes are funded by generous donations from former staff, students, and their families.

Five students have been awarded prizes in the 2021 academic year: 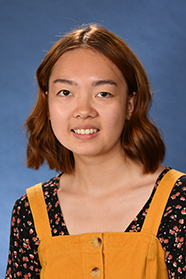 The Edson Prize in Biochemistry - for the student in the 400-level class who has reached the highest attainment in biochemistry.

Anita was born and raised in Hawke's Bay and attended Hastings Girls' High School. During high school, she found that she had a passion for biology and chemistry. This led her to choose biochemistry as her major at Otago, with a minor in chemistry.

Anita says, "I liked the idea of doing research as a career and did my Honours in Professor Catherine Day's lab, where I investigated proteins that regulate the E3 ligase, RNF125". In 2022 she is continuing her work on this project by starting a PhD. Outside of study, Anita is interested in photography and painting, and enjoys hiking. 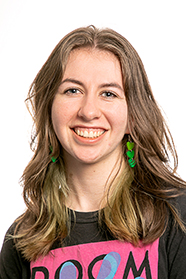 The Edson Prize in Biochemistry - for the student in the 300-level BSc(Hons) class who has reached the highest attainment in biochemistry.

Theresa was born in Glasgow, Scotland, but has been living in New Zealand since she was four – first in Christchurch, then in a small Canterbury town called Little River, where she went to Lincoln High School.

Theresa's enjoyment of the molecular biology and genetics she learned about in high school biology led her to choose biochemistry as her major subject at Otago. She says "Over the course of my undergraduate degree I became interested in how biochemistry relates to health and disease. Recently I did a summer studentship with the Rare Disorder Genetics group (Dr Louise Bicknell) and am currently starting my Masters in the same lab, studying a rare neurodevelopmental disorder."

Theresa is also interested in the environment and sustainability, and, in what spare time she has, enjoys op shopping and making jewellery. 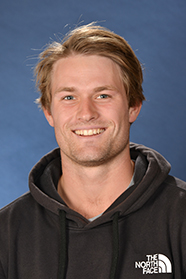 Flynn was raised between Mount Maunganui and Motueka, spending half of every year in each place. He became interested in biochemistry through the first year health sciences course and was encouraged towards that subject as a major by a tutor from the Department of Biochemistry whom he describes as "exceptional".

After the first year health sciences program, Flynn completed a BSc in Biochemistry followed by an honours year. He says, "The exceptional people within the department and the Dearden lab made it all a very enjoyable experience".

Outside of university life, Flynn spends a lot of time practicing martial arts, enjoying the student life of Otago and generally exploring nature around Dunedin. 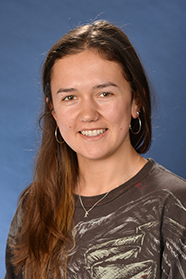 Louise grew up in Lower Moutere in the Nelson-Tasman region, surrounded by pip-fruit orchards and a variety of agriculture for her whole life. She initially came to Dunedin to study human nutrition and biochemistry at The University of Otago, but her area of interest changed from human based biology to plants. She began to understand the critical role that science plays in developing a sustainable world and how research today is going to dictate how the rest of our future plays out.

By the start of third year, Louise was convinced that plant biotechnology and molecular biology was the realm for her, and this carried her through into her honours year. She spent that year working on the model legume Medicago truncatula, a project co-supervised by Soledad Perez-Santangelo and Richard Macknight. Louise says, "I am already using the valuable skills my honours year taught me and am excited to see where my next step will take me within sustainable molecular biology." 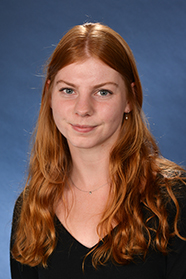 The Mervyn Smith Prize - for the student with the highest level of attainment in biochemistry in the first year MSc class.

Rhiannon was born on a small farm in the Manawatū district but spent most of her childhood in Christchurch, later moving across the world to attend an international school in Eindhoven, the Netherlands. In 2018, she returned to New Zealand to begin studying at the University of Otago where she developed an interest in biochemistry and pharmacology.

After completing a BSc in biochemistry in 2020, Rhiannon decided to pursue a MSc as she was attracted by the diverse areas of research and friendly, helpful staff in this department. Her MSc project involves investigating milk from different species (specifically from cow, sheep, goat, and deer), focusing on several interesting bioactive whey proteins, under the supervision of Associate Professor Alan Carne.

Rhiannon says, "I feel as though I have almost come full circle with this project - back to myself as a child on the farm surrounded by dairy animals". Aside from biochemistry, she enjoys running, reading, and exploring the beautiful Otago region.

You can read more about the Department prizes and scholarships here, and look back at the names of all prize recipients through the years here.