Oliver Newman has been awarded the Joan Mary Anderson prize for 2021. This is awarded to the fourth year student in the Department of Biochemistry who shows greatest promise in contributing to plant science. 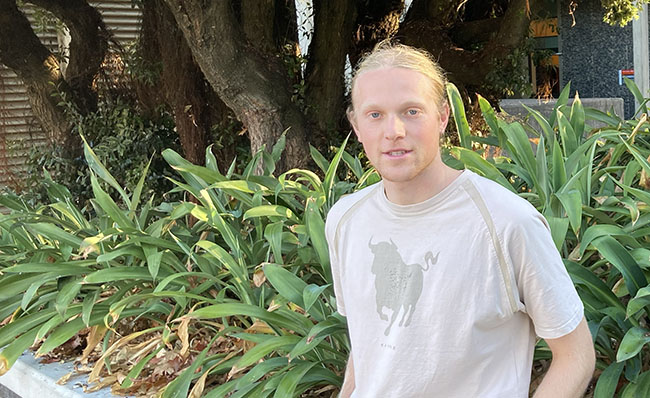 Oliver lived in Katikati as a child, then moved to Wellington, where he attended Rongotai College. His non-academic interests include skateboarding, surfing, mountain biking, surf-lifesaving and waterpolo, which he played for his school and in club competition. Oliver also has an interest in art and design. He originally intended to pursue his career in computational modelling, however soon developed an interest in applied field work that has a more hands-on approach.  His undergraduate degree is a Bachelor of Applied Science in Molecular Biotechnology with a minor in Plant Biotechnology.

A talk by Colin Eady from Barenbrug Agriseeds in his final undergraduate year led to a successful application for a summer job at that company, and this in turn has led to the research project he is undertaking for his MSc. We can't go into too much detail about this as it's commercially sensitive, but we can say that he hopes to be instrumental in breeding a more nutritious cultivar of an important forage crop.