Scientist and DJ graduates with PhD 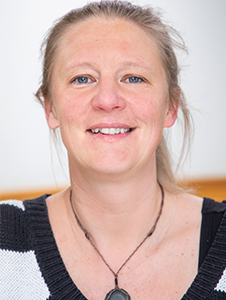 Passionate muso and dedicated scientist Katie Peppercorn shares her PhD journey and why it is important to be more than a ‘one-trick pony’.

Katie and her partner moved to Dunedin in 2002 from the United Kingdom after travelling in Southeast Asia.

Their plan was to work in the city for a year before moving on but now, more than 20 years later, Katie is still working in the laboratory of Professor Warren Tate in the Department of Biochemistry.

“My assistant research fellow position has enabled me to do a wide variety of work, from helping manage the laboratory through to supporting various postgrad student research projects,” Katie says.

“One of my main roles was to prepare, in cultured human cells, a human brain protein secreted amyloid precursor protein alpha, which holds promise as a therapeutic for Alzheimer’s disease.”

This protein was used by several research groups at the University as well as other organisations nationally and internationally.

The importance of this inspired Katie to pursue a PhD focussing on the effects of this molecule on human neurons because most research in the past had been done on lab animals.

“This protein has been found to be able to protect neurons against toxic insults, promote the birth of new neuronal cells, stimulate the outgrowth of projections called neurites, and incredibly it is able to rescue memory in animals, but the details of its molecular mechanisms are still being elucidated.”

For her PhD she produced the protein in cultured cells and studied it its effects on human neurons, confirming that the molecule changes the gene expression profile of both neurons and their helper cells, astrocytes.

“This research takes an important step towards understanding the molecular mechanisms of learning and memory and may contribute to the development of an Alzheimer’s disease therapy as this neuroprotective brain molecule may be able to reverse some of the changes observed in a diseased brain,” Katie says.

Katie doesn’t spend all her time in the lab though and fills her evenings and weekends with a rather unusual hobby for a scientist; jungle DJing.

With a passion for music discovered in her undergraduate years when she was studying Biochemistry at Manchester University, Katie loves to create music-centred events and community ventures.

She wants people to enjoy the benefits music brings to their mental, physical and spiritual health and believes “music is therapeutic for brain health and wellbeing, just like my research protein”.

“In my spare time, I am involved with lots of community ventures, such as the Waitati Music & Arts Festival, which is now in its 10th year, and the Dunedin Winter Solstice, which is an outdoor dance party on the longest night of the year,” Katie says.

“I'm also still a jungle DJ, which is fun although these days I have to turn down some of the 3am slots because a mother does need her sleep!”

Katie attributes a great deal of her success to the supportive environment she was in, acknowledging her co-supervisor, Emeritus Professor Warren Tate for his “endless energy, encouragement and unrelenting positivity”.

She regards Professor Tate as a remarkable person and inspirational role model, which a sentiment he says is mutual having worked with Katie for two decades.

"I have had the pleasure of having Katie in my research group for the past 20 years from her early beginnings as an Assistant Research Fellow in the Department of Biochemistry," Professor Tate says.

"Over that time, she has been outstanding in meeting every challenge to give strong support to my research group and the collaborating groups in our Alzheimer’s research programme. While immersed in her twin loves of science and music with a dynamic young family, she has achieved this very significant milestone.

"All Katie’s creative work has hugely benefited our mana and productivity nationally and internationally, and I and the rest of the Tate lab research team, can't wait to see what amazing work she does now.”