Tom Douglas on neurointerventions and crime

Should medicine solely be used to prevent and treat disease? Or could drug therapies also be used in the criminal justice system to reduce the risk posed by violent offenders? Could chemical interventions reduce sentence times, ease prison over-crowding or even provide an alternative to incarceration? Bioethics researcher Dr Thomas Douglas says questions abound in this emerging field and they blur the lines between neuroscience, law, medicine and philosophy.

Douglas, who completed degrees in bioethics (BMedSc) and medicine (MB ChB) at the University of Otago, recently returned to Dunedin to form research associations with academics working in similar fields, including University of Otago bioethics Professor John McMillan and Associate Professor Colin Gavaghan, the director of the New Zealand Law Foundation Centre for Law and Policy in Emerging Technologies.

Douglas developed an interest in the ethical and legal aspects of medicine during his medical studies, which led to a thesis on disparities in care between people who qualified for treatment under New Zealand’s internationally unique Accident Compensation Commission (ACC) scheme and those who received free public hospital treatment for ordinary disease.

“I argued that having a genetic disease is no more an individual’s fault than a workplace accident and that it was unfair to treat them differently in terms of compensation and publicly-funded medical care. Towards the end of my medical studies I realised I was more fascinated by the ethical questions raised by medicine than by medicine itself.”

He was awarded a Rhodes Scholarship to study at the University of Oxford where he completed a PhD in philosophy, followed by three years as a Wellcome Trust Research Fellow in the Oxford Uehiro Centre for Practical Ethics.

Now, as senior research fellow at the Uehiro Centre and principal investigator on the Wellcome Trust-funded project “Neurointerventions in Crime Prevention: An Ethical Analysis,” his work is at the forefront of an emerging field.

“A current hot topic is whether (and how) neuroscientific technologies, such as brain scans, might be relevant in determining criminal culpability. Research is also being done on ethical issues raised by the possible use of fMRI scans to develop more effective lie detector tests.

“But, from an ethical perspective, not much has been done on the possible criminal justice applications of what I call ‘neurointerventions’ – drugs or other biological interventions that affect the brain and behaviour, such as testosterone-lowering drugs that are sometimes administered to sex offenders.

“While various pieces of mental health legislation are used to order compulsory treatment or hospitalisation for offenders who are deemed to be a risk to society, this is normally limited to offenders with severe mental illness and the interventions are regarded more as part of psychiatric treatment than criminal rehabilitation.

“Drugs and other biomedical technologies might potentially have a broader role to play in the rehabilitation of offenders, including those who don’t suffer from any serious mental disorder.”

Several small non-clinical trials have already indicated that certain drugs might be able to reduce impulsive violent behaviour. Further research may lead to advancements in the treatment of psychopathy, behavioural problems and aggression, and existing drugs that reduce substance abuse or addiction could have applications in preventing drug-related reoffending.

“Of course, there would need to be good evidence that the drugs are safe and effective as an aid to rehabilitation.”

But the core of the argument is about more than just drug availability, safety and effectiveness – it is about the extent to which the criminal justice system could, or should, impose not only traditional criminal sanctions, but also neurointerventions on an individual.

“I have been developing the argument that if locking offenders in prison for a long period of time is justified, then it’s difficult to see why requiring prisoners to undergo some type of safe and effective neurointervention couldn’t also be acceptable. In many cases neurointervention may be less intrusive and harmful, and potentially more effective in preventing reoffending, which is normally at least one of the purported purposes of incarceration.”

He stresses his project is motivated by the need to address flaws in the current criminal justice system, not a desire to create an Orwellian regime where prisons are full of drugged inmates.
“Suppose dietary changes could reduce rates of criminal offending or violence between prisoners? People would probably endorse that, but view drugs as more problematic. However, in both instances the goal would be biologically modifying behaviour.”

Douglas’ research has a legal aspect as well as a philosophical one, but mainly “looks at what the law should be, rather than what the law is”.

The current “piecemeal approach” to legislation is based on an historic view of medicine’s role as prevention and treatment of disease or injury. Douglas’ research is aimed at stimulating informed debate about future applications for drugs to protect people from crime and to protect offenders from, arguably, quite barbaric criminal sanctions.

“One of the questions I’m looking at is, should the courts or parole boards be authorised to impose medical interventions? Some states in the US and some countries in Europe have specific laws about chemical castration, but these laws wouldn’t immediately cover new drugs that may become available.”

Drugs that allow reintegration of prisoners into the community may also help reduce prison overcrowding, but Douglas stresses caution when discussing possible panaceas – particularly those motivated by political or financial agendas.

“Potentially, governments could overuse neurointerventions for fiscal reasons and there could be legitimate public concern about drug companies profiting from involvement – although, to date, the manufacturers of drugs that could be used in criminal rehabilitation have shown little interest in promoting their use for that purpose.

“The main drug currently used to lower sex drive in sex offenders in Europe is much more widely used as a treatment for prostate cancer and, in the short term, it is unlikely the manufacturer would want to publicise its criminal justice applications and risk damaging its reputation.”

Resistance to new medical technologies is inevitable given humanity’s historical “over-enthusiasm for solving criminality with medical technology”, he says, referring to the use of frontal lobotomies in the 20th century.

Some commonly prescribed anti-depressants have shown promise in moderating aggressive behaviour. Douglas believes that, should such drugs prove effective in facilitating criminal rehabilitation, they could be used in the parole process – agreement to take the drug for a given period, perhaps along with psychological interventions, could be made a condition of release.

“An objection to imposing neurointerventions as a condition of parole could be that prisoners are being coerced into a medical intervention. Some would say that when the alternative is to remain in prison the offender’s consent to the intervention would not be valid.

“But even though this is coercive to a point, it is less so than locking offenders in prison and removing all choice.

"If we agree the aim of highly coercive measures, like incarceration, is preventing reoffending, then perhaps we should examine objections to offering offenders alternatives."

“There is no real consensus on the science or the ethical considerations in this field. But it is good that discussion and research is increasing. If we think one of the purposes of criminal justice is to prevent reoffending then we have to ask the question – can drugs provide a safe and effective means of achieving that? If they can, I think it’s hard to see why using drugs to achieve these goals would invariably be wrong. But that remains a controversial viewpoint.”

The University of Otago Magazine first published this article in November 2014. 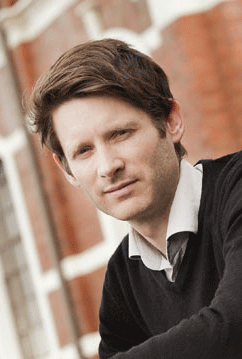