Law and Ethics of Preventive Detention

The passing of the Public Safety (Public Protection Orders) Bill has coincided with the publication of a report from Otago University academics into the role of preventive detention in New Zealand.

The report, which was funded by a grant from the New Zealand Law Foundation, traces the trend towards measures that aim not just to punish crime, but to prevent its occurrence.

The authors Associate Professor Colin Gavaghan, Dr Jeanne Snelling and Professor John McMillan, note that various civil and criminal measures already exist that are oriented towards future risk. These include preventive detention at sentence, Extended Supervision Orders and civil detention schemes relating to mental health and quarantine. The new law, though, takes this to a new level.

“These new orders will mean people can be locked up, possibly forever, based not on the crimes they’ve committed – they’ll already have served their full sentence for those – but on the basis of predictions about what we think they might do in future” Associate Professor Colin Gavaghan explains. “You don’t need to be a civil liberties fundamentalist to realise that’s a pretty big step for a society like ours to take.”

The report acknowledges that protecting citizens from dangerous offenders is an important duty – moral as well as legal. And it doesn’t entirely reject the possibility that detention may occasionally be required to achieve this. Questions remain, though, as to whether PPOs are the most effective or proportionate means of achieving this.

“We have identified a number of concerns about the PPO regime,” says Gavaghan. “Some are procedural, some principled and some practical.”

One of the procedural issues relates to the need for detention. Under international law, “civil” detention is only permissible when less restrictive means have been shown to be inadequate. With regard to PPOs, it is not clear that adequate attention has been paid to the use of less restrictive means of monitoring offenders – such as Extended Supervision Orders, the range and duration of which will be increased by the Parole Amendment Bill, also passed on Thursday.

A major focus of the report is on the question of how accurately we can predict future dangerousness. While there appears to be no consensus on this question, even among experts, the authors of the report did encounter repeated warnings about over-reliance on contested methodologies, and about decisions being skewed by fears of the professional and public consequences.

“There’s no way to be 100% certain in these decisions,” says Gavaghan “and no way to avoid all possible risk. But as we’ve heard from Australia, the fear of releasing that one prisoner who goes on to do something awful can unfairly skew the risk-assessment process. We’re told PPOs will be a rare measure of last resort, applying to only one or two people a year. We’ll have to be vigilant to make sure they don’t become a more routine, knee-jerk response to public fears about certain kinds of offenders.”

The report suggests that one way of minimizing such dangers may be to set up an independent risk assessment body, perhaps along the lines of Scotland’s Risk Management Authority, which seeks to ensure that decisions about potentially dangerous offenders are based on the best independent evidence.

Professor McMillan commented that “the Bill occupies an unstable halfway point between a punitive regime and one that provides therapy for those who are deemed risky or at risk because they are mentally unwell. It remains to be seen whether the government will make good on its ethical obligation to help those who are deprived of their liberty, without having been found guilty of a crime.’”

More discussion of the report's findings and preventive detention by Colin Gavaghan: Is safety just a big disguise, that hides among the other lies? (Pundit blog)

The University of Otago Faculty of Law first published this in December 2014. 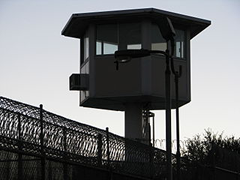