Otago Innovation together with the Botany Department, University of Otago and MEA Mobile are delighted to announce the release of Flora Finder – a mobile application for iOS devices where you can instantly identify NZ native plants using the camera on your smart phone (screen shots below). Not only that, but users can build their own collection as they travel around the country. And with the live mapping feature, the app identifies where they’ve been and identified their plant.

We have 87 species in the app at the moment, but even if the app can’t identify a plant, users can attach the photo to an email within the app and it’s sent to the experts in the Botany Department at the University of Otago, where they’ll identify it for you.

One of the key features is that plants are identified by their Māori name first, followed by common and scientific names.

In the middle of the 1800’s Gregor Mendel was unraveling the mystery of genetic inheritance. His experiments on the garden pea are now well known and he is rightly cited as the father of modern genetics. Carl Nägeli, a leading Swiss botanist of the day, appears to have suggested that Mendel use another species to confirm the universality of his findings. The plant he suggested was Hieracium, a genus of daisies common throughout Europe.

What neither Nägeli nor Mendel could have known is that Hieracium forms seeds without sex (apomixis). Try as he might, Mendel could never get this plant to act like pea! This lecture will follow Mendel’s efforts, then explore our current understanding of the reproductive uniqueness of Hieracium. In a grand irony, Mendel’s nemesis has become a model for a process that specifically departs from the normal pattern of inheritance.

There will be two Department of Botany and two Landcare Research based Student Summer Bursaries available in 2013/14.

These Bursaries give support for research projects involving an academic staff member and a student intending to enrol in the following year. The research project can readily lead to avenues for thesis research and it is also a very good way to gain practical experience in botany.

Application
To apply, please complete the application form and submit it in person to the Botany Administration Office, at 479 Great King Street.

Closing Date
Please submit Applications to the Botany Administration Office on or before the 11th of October 2013.

A Big Congratulations to Audrey Eagle

Audrey, a renowned botanical illustrator known for her work Eagle’s Complete Trees and Shrubs of New Zealand, received an honorary doctorate from the University of Otago.
We were lucky enough to have Audrey visit the department for morning tea, held in her honour.

It was an important event for the department as well. Audrey’s doctorate is the first time an honorary degree has been awarded to someone associated with the department.

More information about Audrey’s doctorate can be found on the University Otago's website, and at the Otago Daily Times website. 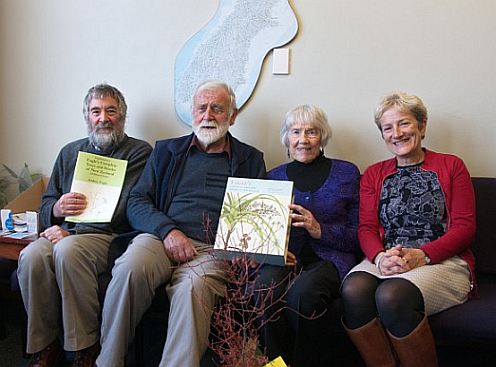 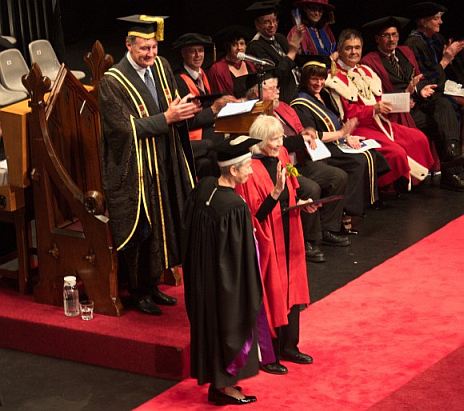 Audrey after receiving her doctorate.

As part of the 2013 Southern Connection Congress, Professor Lesley Hughes gave a public lecture on the 23rd of January 2013.

Professor Hughes is an ecologist in the Department of Biological Sciences, Macquarie University who researches the impacts of climate change on species and ecosystems. She is a lead author on the IPCC fourth and fifth assessment reports, a member of the Australian Government’s Land Sector Carbon & Biodiversity Board and commissioner on the federal Climate Commission