As part of the 2014 Science Festival, a number of people from the department were involved in supporting the BioBlitz. The BioBliz was a great way to discover the huge variety of species not normally seen.

A big thanks goes out to Kath, Tina and David (and their students!) for their help setting up and staffing booths during the event.

An updated seminar list for the second part of the year is available on our Seminar page.

Staff of the department congratulate Alan Mark on receiving an honorary Doctorate of Science this Saturday.

Alan, one of New Zealand’s leading plant ecologists and conservationists, has worked tirelessly on a number of significant environmental issues in New Zealand. His most recent being his involvement with Wise Response.

More information on Alan’s research is available on his profile page, while the Otago University press release and Otago Daily Times news article.

Young Blake Expedition to the the Sub Antartic 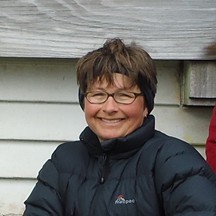 Dr Janice Lord has been selected to accompany the Young Blake Expedition to the Sub Antarctic Auckland from the 10th to the 28th of February.

The Young Blake Expedition was established by the Sir Peter Blake Foundation, to help foster leadership skills in 12 promising secondary school students. The 12 young voyagers have all shown strong leadership potential on a range of environmental issues. Funded by the Sir Peter Blake Foundation and supported by the New Zealand Navy, the main participants are a group of year 12 students (16 to 18 years of age) from around NZ.

Janice’s role will be to lead a survey on the main island, at a site proposed for a new research station.

Profiles of the 12 student voyagers, and a daily journal of their voyage are available on the Young Blake Expedition website.

More information on the voyage can be found at the Sir Peter Blake trust website, or by contacting the department.