Lots of people visited the Botany stand and were interested to see quinoa plants in captivity. More and more people recognise and have used quinoa but few realised what it looks like when it’s growing. Many thanks to John Steel and the team.

International Year of Quinoa 2013 and beyond

Chenopodium quinoa (keen-wa) is known as the mother grain of the Incas. It has a higher protein content than the cereals (Poaceae: the grass family) and has a high lysine content in contrast to cereals which are low in lysine. It is easy to grow and harvest and being a dicot does not suffer from the same diseases which attack cereals. Quinoa comes from the Chenopodiaceae family which includes sugar beet, beetroot and spinach. It is relatively disease-free.

The leaves can be harvested and cooked like spinach. The mature seed is collected and washed several times to remove bitter tasting saponins and cooked in the same way as cous cous. It is quite tasty hot or cold in salads. There are lots of recipes on the internet. Saponins, as the name suggests, are soap-like compounds which the Incas used for washing clothes. Other plants contain saponins and other cultures have taken advantage of their cleansing properties.

Quinoa is a useful tool in promoting increased food security for most parts of the world. The United Nations has declared 2013 the International Year of Quinoa. It grows in a variety of situations and is a low input/low maintenance crop. Wheat production is under threat from the Ug99 variant of stem rust which is currently moving across the Middle East and if new resistant lines of wheat can’t be developed and deployed in time there will be moderate to severe shortages in the coming years.

An important question is whether or not to use genetic engineering to solve particular agricultural problems. For example GE to produce high lysine cereals has been proposed but the use of quinoa circumvents the need.

My interest in quinoa is its pathology. I used it for many years as a virus disease indicator before I knew of its use as a grain crop. Quinoa seed is available from a few sources on the internet. If you notice any diseases in quinoa please send me some close up pics (paul.guy@otago.ac.nz) particularly any that look like virus infection. Viruses often cause yellow spotting and streaking and yellow vein-netting and the leaves are often smaller and distorted. 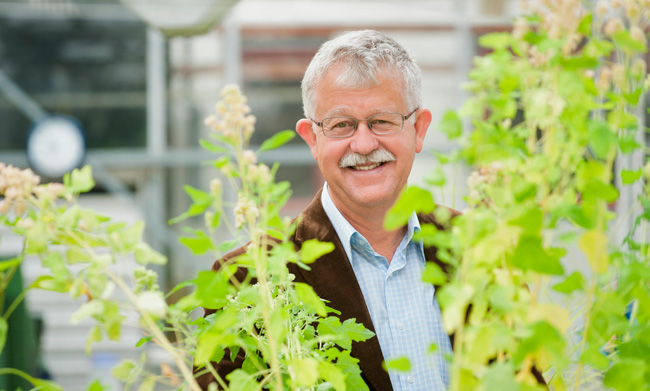 Quinoa in the news

Get off the grass - try Quinoa

An interview with Paul was printed in the Otago University Bulletin.

Paul was recently interviewed by the Otago Daily Times about this work with Quinoa, and its potential uses in New Zealand.

Information on the Enviroschool programme can be found on their website. 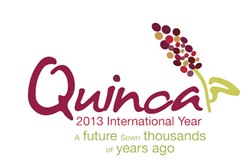