The OBS establised the Taumata group to assist with its purpose of helping shape the future in the Asia-Pacific through excellence in research and teaching, and in partnership with business and society. It also supports the Business School’s ambition to be a world-leading business school that focuses on health and wellbeing, advancement of Māori and Pacific business and people, and economic and business development.

The current Taumata members are: 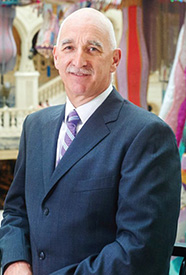 Grant was born and educated in Dunedin and obtained a Bachelor of Commerce from the University of Otago in 1979, with a double major in Accounting & Information Systems. Starting his career in finance, Grant moved through a variety of roles in public accounting and consulting in New Zealand, the United States and Australia before joining the Hilton Hotels Corporation in Australia in 1987.

Grant held a number of finance roles before moving into operations in 1992, and was appointed opening General Manager for the company’s casino in Brisbane in 1994. After 16 years and in the position of SVP Australia responsible for all Australian businesses, Grant moved to Macau in 2003 firstly as opening President and General Manager for Wynn Resorts Macau from 2003 to 2007, prior to joining MGM in 2008 in a similar role. In 2011, MGM China Holdings Limited listed on the Hong Kong Stock Exchange at which time Grant was appointed as the CEO & Executive Director. In this role he was responsible for the overall management, strategic development and expansion of the company, which has gone from a start-up in 2008 to a multi-property Hong Kong listed company employing over 11,000 people.

Retiring from this position in 2020 after forty years working in American owned multi-national companies on three continents Grant is looking to more time to mentor the next generation of business leaders. 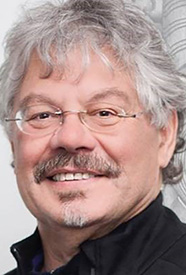 Craig hails from Dunedin and has an MSc in zoology from Otago University. He is a Director on a number of boards including New Zealand Māori Tourism and is the Chair of the New Zealand Seafood Standards Council. He is the Chair of Ngai Tahu Seafoods and a director on Aotearoa Fisheries Ltd and Sealord Group and sits on the NZ Seafood Standards Council. 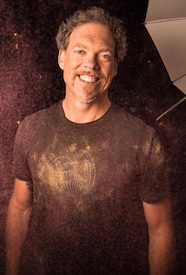 Martin is COO for Ngāti Paoa Group Investments Ltd. He is involved in Treaty of Waitangi settlement negotiations and in securing and developing a range of assets for the Ngāti Paoa Iwi in the Tāmaki-Makaurau region.

Martin’s currently involved in several tech start-ups in the banking and disabled education sectors.  He is a board member of the Fred Hollows Foundation NZ and its Pacific subsidiaries and is chair of its Finance Audit & Risk Committee. He was formerly chair of Inspiring Stories Trust, a board member of Show Me Shorts Film Festival and Crosspower NZ, an Otara-based charity providing youth support in South Auckland.  Martin also sits on the advisory panel of Otago University’s Auckland Alumni Chapter.

Martin has been active in advising local start-ups since returning to NZ in 2013, including on behalf of Callaghan Innovation. He has lectured and mentored on entrepreneurship and business matters for the last 18 years at universities in Australia and NZ. He has multiple degrees and is a qualified lawyer in several jurisdictions with particular expertise in business development, contracting, licensing and IP matters.  He also has considerable commercial and not-for-profit board experience, having served on the boards of 18 companies, JVs and NGOs.

After graduating from Otago, Martin kicked off as a banking and finance lawyer in Sydney. This led to 25 years’ experience in deal making and strategy development, start-ups, partnerships and governance via senior operating roles in listed corporates and professional service firms (including Warner Bros., SKY TV, TAB Ltd, Telstra, Arthur Anderson, Westpac, Herbert Smith Freehills and Minter Ellison), start-ups and NGOs. He has worked in NZ, Australia, Asia, India, the Pacific and Hollywood.  He has closed multiple billions in new deal revenues and secured financing transactions, and successfully launched new products and start-ups here and overseas.

Martin is a third-generation graduate from Otago University along with three of his four brothers. His family is originally from sunny Central Otago. 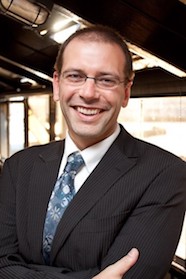 Jonathon is a passionate leader and brings significant experience as a clinician and an academic, an executive team member, and a director of local, national and international improvement and innovation.

Most recently, Jonathon established and led Ko Awatea (Māori for ‘First Light’), an institute for health system innovation and improvement in South Auckland, New Zealand. Jonathon trained as a clinical geneticist, as a public health practitioner with a Master in Public Health from Harvard, and as an improvement leader, through a Health Foundation Quality Improvement fellowship based at Boston with the Institute for Healthcare Improvement.

Jonathon grew up in North Yorkshire, among steel works and the chemical industry, and was a beneficiary of a compassionate welfare state. He remains passionate about equity and a vision of establishing ‘great care everywhere’, not just in pockets.

Duncan gained a BCom from Otago University, majoring in marketing. In his final year at Otago, Duncan was accepted into the Lion Nathan Graduate Programme where he worked for two years. Duncan then acquired Nature’s Oven, a food manufacturing business, which he successfully grew before divesting it to Goodman Fielder.

Following this Duncan acquired Fliway Group Limited, where he has been the Managing Director since 2006. Fliway is a transport and logistics business, employing 400 people across New Zealand. It was listed in April 2015 on the NZX, and in 2018 it was acquired by a Singaporean based multi-national.

Gretchen gained a BCom majoring in Marketing from Otago University in 1996.

Following Otago, she worked for Delmaine Foods, and then Caltex before joining her husband Duncan in their food manufacturing business, Nature’s Oven.

Gretchen is also involved in fund-raising at Auckland Boys Grammar school, for their Academic Endowment Fund and was heavily involved with a number of capital-raising projects at St Cuthbert’s College.

Gretchen is married to Duncan and they have 4 children ranging from 11–16 years of age. 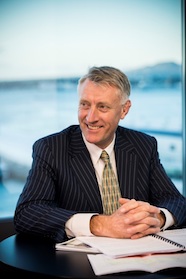 He has worked as a diplomat for the New Zealand and Australian Governments; as an economist for DFC/Zealcorp; as an interest rates products manager for Bankers Trust NZ; and as CEO and Executive Vice President for BT Funds Management NZ Ltd after leading its establishment in 1992.

He chaired the Government’s Review of the Taxation of Investment Income in 2004, which lead to the PIE tax regime, which underpins the managed funds (including Kiwisaver superannuation) industry. He has also chaired the Government review of financial services exports in 2010; and chaired the Establishment Board of the Local Government Funding Agency (LGFA) prior to its incorporation in December 2011.LGFA is now the largest NZD bond issuer after the NZ Government. 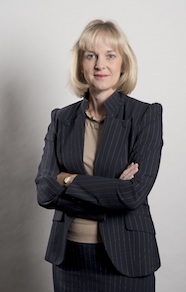 Vanessa is currently an Independent Director for Alliance Group, NZ Refinery, Heartland Bank and a member of the Tertiary Education Commission and Financial Markets Authority. She chairs various Remuneration and Nomination Committees. She was previously Group General Manager of Technical Operations and People at Air New Zealand for almost ten years and a key driver of the cultural transformation at the airline. Vanessa joined Air New Zealand from Carter Holt Harvey Packaging Australia, where she was the Chief Executive.

Vanessa is a member of both the Australian and New Zealand Institute of Directors; an honorary fellow of HRINZ, a Companion of IPENZ a member of MBIE and DOC’s audit and risk committee and Business NZ’s representative on the NZDFESC. She is also currently Chair of the Global Women Board and a member of the Kings College Board.

Jonathon Wong (Jono) is the Head of Business Operations & Strategy for Global Partnerships at Google, based in Mountain View, California. He leads a team that supports Google's strategic partnerships covering revenue and product business development efforts globally. Prior to joining Google in 2013, Jono worked at Deloitte Consulting where he advised clients in the areas of corporate strategy and M&A in the San Francisco, Washington DC, and Wellington NZ offices. In 2011, Jono was named the Deloitte US Rising Star to attend the SNS Future in Review conference, and was appointed to The Center for the Edge, Deloitte’s technology thought leadership group based in San Francisco. Jono also co-founded Elevent Inc, a seed funded startup where he oversaw the development of a visual decision-making product. Jono holds a Bachelors of Commerce with Honours (first class) in Economics from the University of Otago, and a Master of Business Administration from the Kellogg School of Management at Northwestern University.

John Ward became a member of the University Council in 2003 and served as Pro-Chancellor from 2007 until he became chancellor in 2009.

A Chartered Accountant by trade he is chairman and director of various companies in the banking, finance, tourism and retail sectors including the likes of H&Js and SBS Bank.