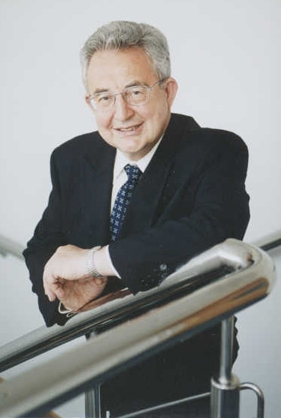 Giving back and being a helpful member of society was of crucial importance to international businessman Dr Neville Clifford Bain, of Dunedin.

"The most important thing as you get to the end of your working life is that you ask yourself what can you give back, what can you leave behind you. How can you support your family, your university, your community," he told a journalist in 2008.

Dr Bain proved to be a man of his word.

From working-class origins, he achieved international business success through Cadbury, as well as fashion and textile group Coats Viyella and the Post Office Group.

He was a valued University of Otago alumnus, providing fellowships for master of business administration scholars to study at Otago and funding the Neville C. Bain Prize for outstanding achievement in the MBA programme.

Dr Bain was treasurer of Otago’s United Kingdom and Europe Alumni Chapter and the Otago University Trust (UK), which he co-founded for expatriate alumni to make tax efficient endowments to the university.

He was awarded an honorary doctor of laws degree by the university in 1994 and an Otago Medal for outstanding alumni service in 2008.

Dr Bain, who was born in July 1940, in Dunedin, was one of four brothers. He attended King’s High School where he gained university entrance aged 16 years. Fellow King’s pupil Lindsay Brown, a former University of Otago chancellor, got to know Dr Bain through the school’s military training. Dr Bain was sergeant of the platoon in which a younger Mr Brown was a member. "He expected excellence, even then. He got the trophy for the best sergeant of the best platoon, and already had expectations and strived to be very good at what he took on," Mr Brown said.

King’s established an honour roll to mark its 75th anniversary recently, on which Dr Bain was one of the first former pupils listed for his contribution to business. Following secondary school, Dr Bain enrolled part-time at the University of Otago, where he studied accounting, while working for the tax department.

After completing a bachelor of commerce degree aged 21, he began a master’s degree in economics. As he gained accountancy qualifications he worked for Dunedin firm Anderson and Stewart, alongside Mr Brown. "He had a good sense of humour and a very good brain. You would describe him as being an alert, on-the-ball person — a very nice fellow," Mr Brown said.

In 1964 Dr Bain joined Cadbury Schweppes in Dunedin as a cost accountant and in 1973 he was promoted to his first executive position as finance and export director.

He married Dunedin woman Jocelyn McSkimming when he was aged 21. They had two children, Susan and Peter.

Rugby, which he played at King’s and for the University’s Commerce faculty, was one of a few leisure trade-offs during such a busy time.

Dr Bain’s rise in Cadbury saw him take on the role of group managing director in South Africa.

He then moved to London as strategy director for the company and within six months was the first non-British person appointed to the main board.

During his 27 years at Cadbury, Dr Bain held the positions of deputy group chief executive, finance director and managing director of worldwide confectionery.

He left in 1991 to become the chief executive of Coats Viyella and later moved into the position of Post Office Group chairman, also holding several nonexecutive roles with other companies.

From 1990, Dr Bain found time to occasionally lecture at Otago University and was the 2007 School of Business distinguished business speaker.

In 1998 Dr Bain started a five year term as chairman of SHL Group. He wrote four books and various papers on successful management and good governance.

As a business consultant, Dr Bain worked with three companies in Russia, addressing governance issues and proving their credibility ahead of possible listings on the London Stock Exchange. He also had business interests in India. Dr Bain’s first marriage broke up and he later married Anni, with whom he lived in Surrey, England.

Dr Bain chaired the Institute of Directors, of which he was a fellow, from 2006. He was also a fellow of the Royal Society of Arts.

He died at home in Surrey on May 22, aged 71, and is survived by his wife and children — Rosie Manins.

Reproduced with permission from the Otago Daily Times