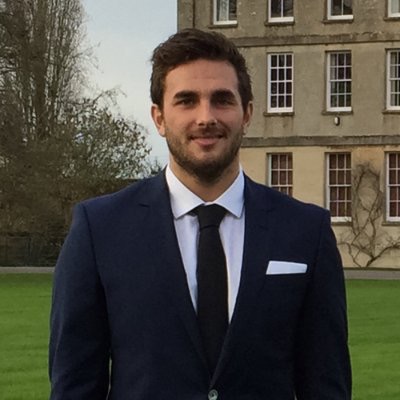 New ways of thinking about protein has led a University of Otago Business School graduate into the interesting world of crickets – the insects not the sport that is.

Matt Selak graduated in 2014, majoring in Marketing, with a minor in Psychology.

He has recently launched a new product onto the New Zealand market based on edible insects.

Meat is the main source of protein for much of the Western world, but Matt says new ways of thinking about food are desperately needed.

A United Nations report estimates that the world's population will grow to over 9 billion people by 2050. The Worldwatch Institute put a figure on the extra protein needed to feed the world’s population in the year 2050 as double what it is today, reaching more than 465 million tons per year.

He came to the realisation after a year of travelling post-study that there could be innovative new approaches to this ever-growing need for protein that utilised his skills, particularly his passion for marketing.

“I was inspired by a TED talk that highlighted some disturbing facts about the globe’s food security, and how insects could be the protein of the future. That prompted me to think about what I learnt in the “Innovation and New Product Development” paper I studied at Otago, which motivated me into investigating further.”

He started a product innovation charter in New Zealand to research the edible insect industry, and is now selling cricket powder through the brand Primal Future.

Cricket powder, also known as cricket flour, is an innovative and suitable protein alternative made from organic crickets ground into a powder. Cricket powder can contain up to an impressive 68% protein as well as being high in iron, calcium, and vitamin B12, and is gluten-free.

He says while there could be an “ick” factor associated with the idea of eating insects in New Zealand, a powder form doesn’t resemble the crickets it is made from.

It also has a pleasant taste, some describing it as earthy and nutty and when added to a smoothie or incorporated into baking, it boosts the nutritional content and the taste.

“Suitable food sources are a real world problem that will affect almost everyone within our current lifetimes. Primal Future is working to improve society by educating consumers about these environmental issues and helping to provide a solution with insect-based products.”

Matt describes his time at Otago as invaluable. He immersed himself in many opportunities including being involved with Otago University Rugby Club and Otago University Canoe Club. “It was a great, well-rounded environment for learning.”

Learn more about the future of protein at www.primalfuture.co.nz