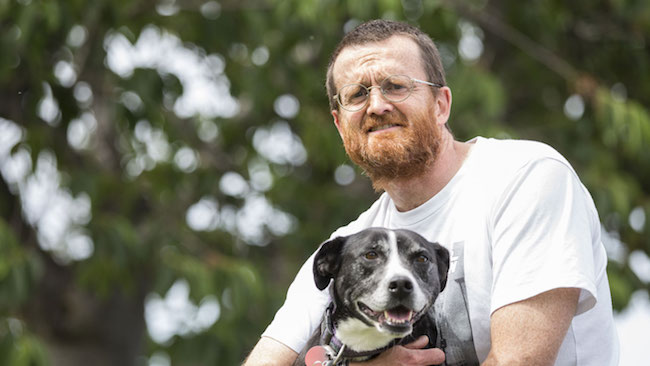 There is a “serious gap” in the knowledge of New Zealand’s road rules among self-driving international visitors to New Zealand, a report produced by the University of Otago concludes.

Funded by a grant from the Transport Research and Educational Trust Board (TRET), the report was produced by Professor Neil Carr and Ismail Shaheer, of the University’s Department of Tourism, to help increase the safety of everyone on New Zealand roads.

Data was gathered using a questionnaire that was given to international visitors in Queenstown. The on-line Qualtrics survey was provided on an electronic tablet and was collected between February 25 and March 8.  The tests each contained 35 questions taken from actual New Zealand driving theory tests.

In New Zealand driving theory tests, 32 questions out of 35 have to be answered correctly in order to pass the test, which is about 91%. Tourists therefore had to correctly answer 28 out of 30 questions. Only seven of the 226 participants passed the test.

TRET chairwoman Sharyn Forsyth agrees with the report’s conclusion that international tourists wanting to drive in New Zealand should know and understand core elements of safe driving such as give way rules and speed requirements.

“We need to keep everyone who is driving in New Zealand safe, and this includes ensuring that international drivers are supported to drive confidently while they are here,” she says.

Of most concern was that 15% of the drivers surveyed – the majority of whom had already been driving in New Zealand for more than a week – were not confident that they could drive safely in New Zealand, and most also did not know the give way rules, Forsyth says.

“If people aren’t confident, I’d question why they’re driving in the first place. If someone isn’t confident in their driving, they are likely to not have swift reactions in an emergency.

“When this is combined with a lack of knowledge about give way rules, and generally a lifetime of driving on the other side of the road to that in New Zealand, this is of great concern.

“What the results tell me is that we need to do more to make sure that people driving in New Zealand know what they’re doing, and can do so safely with confidence,” she says.

There is great work being undertaken under the Visiting Drivers Project.  This involves fifteen agencies working together under the leadership of the NZ Transport Agency.  This is critical work and needs to be actively supported by government.”

To date the project has delivered initiatives focused on road safety at each stage of a visitor’s holiday – planning, booking, in-flight, arriving in New Zealand, and when actually on our roads. The project has an on-the-ground focus to improve road safety in key tourist routes in Otago, Southland and the West Coast where visiting drivers make up a larger proportion of travellers, though many of the project’s initiatives benefit visiting drivers that also travel to other parts of New Zealand.

These initiatives include a code of practice adopted by the Rental Vehicle Association in partnership with the Tourism Industry Aotearoa.  The aims of this code are to establish a set of agreed standards and practices for operators to follow when educating and assessing visitor preparedness for driving in New Zealand.

In the report, Professor Carr says there is clear need for a cohesive plan to increase visitor drivers’ knowledge of rules and safe driving practices.

“This plan needs to increase their knowledge of the rules and safety practices related to driving in the country and, as a result, increase the quality of their driving behaviours.

“Such a route is important for the continued health of the national tourism industry and the welfare of all road users.”

However, he warns of “rushing to castigate” international road users for a lack of knowledge of the road rules.

“There is a need to ask how many of those with New Zealand driving licenses would have passed the test administered in this study.

“It is arguably one thing to pass a theory test for which you have prepared and another thing to do so after several years of driving but no other preparation.

“Therefore, while recognising the importance of the findings of this study it is necessary to call for a larger scale study that encompasses domestic and international drivers.”