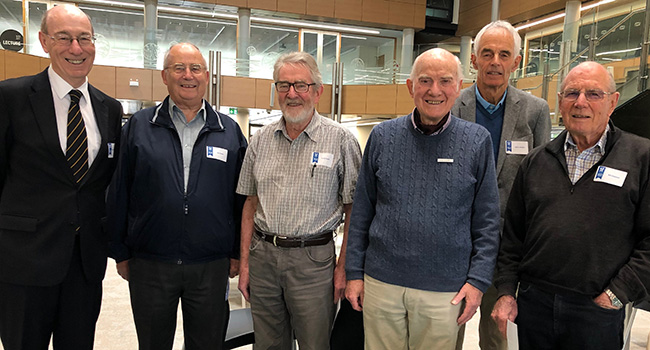 It was with a sense of pride and a tinge of envy that five former commerce students and staff visited Otago Business School last week; most having graduated more than 50 years ago.