Balding a hairy issue for leaders 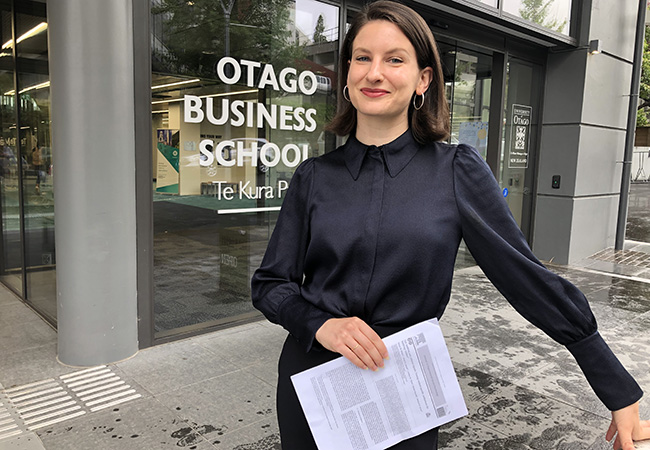 Men are losing more than just their hair when they go bald, new University of Otago research shows.

The study aimed to investigate how baldness, naturally occurring and shaved, affects trait perceptions, such as age and dominance, and how that information influences leader preferences.

Not only did the research reveal men with full heads of hair are preferred as leaders, they are also perceived as more attractive, younger, more intelligent and healthier than their bald counterparts.

In the first study, photos of 31 different men were digitally altered three times so they had a full head of hair, a shaved head and naturally occurring baldness. One of those randomly selected photos from each man was shown to 634 people, who rated each on their perceptions of seven traits; age, leadership, masculinity, dominance, attractiveness, health and intelligence.

“Head shaving is one of the common responses to ‘hide’ a balding head, which previous research showed increases how dominant a man looks. Looking more dominant can be an asset for leaders, particularly in situations of conflict.

“We were interested in seeing if a leader’s simple decision to shave their head would change how followers perceive them and subsequently endorse them as leader,” she says.

That shaved heads are not the most preferred look during the war context is surprising, Dr Blaker says.

“We thought the dominant looking shaved head would give them a preference boost during conflict, but it gave them a penalty during peace instead.

“Also, we found in the two voting-paradigm studies that the full heads of hair were generally more preferred as leaders – regardless of the context – as previous studies did not find any general preference. This is likely due to increased perceptions of attractiveness and health that the full heads of hair received compared to the shaved heads and the balding heads.”

While more dominant looking men are indeed preferred in the conflict scenarios, voters “in our studies must have been using other cues to infer dominance than a shaved head”, she says.

“A shaved head did make the candidate leaders in our study look more dominant, but perhaps not enough to give them an edge during conflict.

“Overall, it also depends on your intentions regarding whether it’s a good thing or not. If you shave your head to look younger and unintentionally give yourself a more dominant appearance, this might not be a good thing. If you’re trying to look more dominant, then it probably is, though it may not necessarily bring you the advantages you expect if you’re a leader.”

While the research doesn’t reveal great results for any bald or balding men, Dr Blaker says it’s certainly not all negative.

“I would say that indeed baldness changed people’s perceptions, and generally not for the better. However, these effects were also small.

“For instance, the average estimated age of men with a full head of hair was 40.74, shaved heads were estimated at 41.25, and balding men were estimated to be 42.92 years old. This means that baldness itself does not add that much in terms of perceived age, two years at best.”

While, perceived attractiveness also dropped compared to a full head of hair, it “was not as if men with bald or balding heads were suddenly seen as extremely unattractive”.

“The takeaway message from this research should not be that balding men should make themselves look more attractive or that there is anything wrong with bald leaders – these findings are another reminder that voters can use superficial information to decide who should be a leader.

“As voters we should be aware of such biases which make us choose leaders on criteria that have no bearing on how effective they are at doing their job. We have no reason to think that men with a full head of hair are actually better leaders than balding men or men with a shaved head.

Dr Blaker says the perceptions of bald men in the study were not all negative.

“The balding guys in our study – both shaved and with male pattern baldness – were perceived as more masculine than a man with a full head of hair.

“And previous research also showed that balding men were perceived as more socially mature by others – so it’s not all bad.”