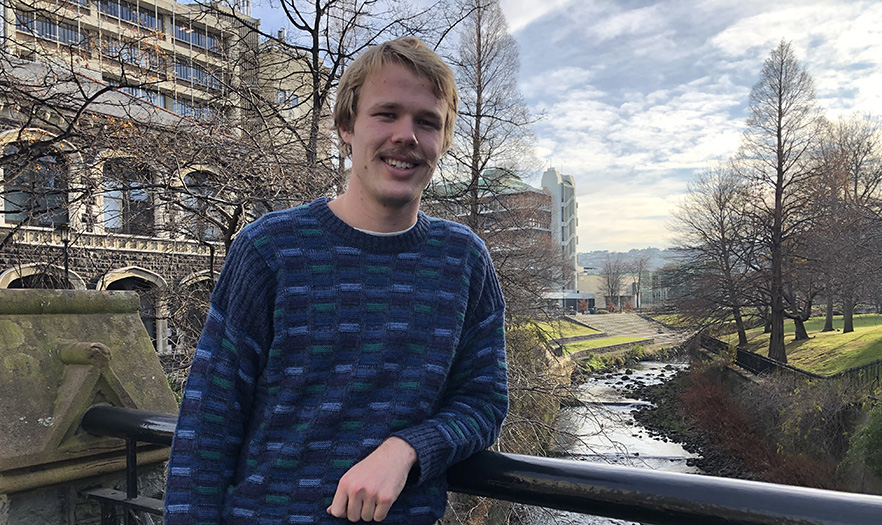 Liam Arthur is hosting a dinner to help fund his Ethiopian business venture.

Liam Arthur readily admits heading to the highlands of Ethiopia to make high quality cheese after he graduates isn’t a typical career plan.

“I wasn’t necessarily looking for a stable career path; it doesn’t appeal to me.”

The 21-year-old graduates in December with a Bachelor of Arts, majoring in philosophy, politics and economics, and intends to be in Ethiopia by the end of January.

How his plan came to be is a story of strangers crossing paths.

“It was really just a lot of coincidence.”

Liam learnt to make cheese when he was 12, living on a farm, and he honed those skills while volunteering on a dairy farm in Italy when he was 18.

That skill and a life-long love of cooking led to inspiration when he was volunteering at Mulu Ecolodge, in Ethiopia’s Choke Mountains, in January this year. The owners of Mulu

Ecolodge are dedicated to strengthening communities in the country’s highland and have so far helped build a flour mill and school, Liam says.

While there Liam got to know one of the owner’s brothers, who after returning to Ethiopia from the United States was “craving community and a chance to build something of his own in his home country”.

One of his first projects was to build a dairy processing plant.

“He’s constantly embarking new projects and it was just coincidence that when I was there, he was talking about a lack of quality cheese production.

“There is a real demand for high quality cheese, but there’s a lack of local producers and people with skills to make it.”

In Ethiopia, imported parmesan cheese costs about $120kg and camembert about $70kg.

“We got talking and realised I had the skills and knowledge he was looking for.”

Also volunteering there at the time, was Jackie, from the United States. She previously worked in community development with the Peace Corps, but hails from America’s Midwest – “the dairy capital of the world”.

“So, we all aim to fill that gap in the market for producing high quality cheese locally, while introducing ideas and skills not considered before in the Ethiopian dairy industry,” Liam says.

“Our ultimate aims are two-fold. For one, we hope to develop a business that enriches the community, both economically and socially, and also act as a partner in development. We want to work with the community to meet its needs, with its help.”

The second part is using any profits to fund development across Ethiopia.

“There are many young, energetic and talented people in Ethiopia, but they often don’t have the means to go out into the world and change things.

“We aim to make that a little easier, by providing microfinance services to fund entrepreneurship. We believe that it’s of the utmost importance that economic development is done by and for Ethiopians, so that’s where our focus lies,” Liam says.

While most of the equipment needed is already at the factory, Liam and Jackie need to fund some of the specific cheese-making machinery at a cost of about $36,000 (US$23,000).

“We have the knowledge and ideas, and we’ve spent months planning and designing, but now we need the capital.”

So, Liam’s first fundraiser will be held on August 29 and 30, at Bracken restaurant in Dunedin, where he worked in the kitchen for two years.

He and “any mates I can drag in”, will be cooking and hosting a three-course meal, consisting of seven dishes.

The dishes are inspired by Liam’s time working in the kitchen of a fine dining restaurant in Melbourne and his travels in the Middle East.

Guests are asked to pay a $25 reservation fee, which will cover the cost of ingredients, and then pay what they think the meal is worth on the night.