Hamish Anson (Accounting/Management student) has achieved global success by leading a team that won the Supreme Award at this year's Global Enterprise Competition. His team, located around the world (NZ, Nepal, The Netherlands & Finland) were inspired by one team member's personal experience of the Nepalese quakes.

Asira Khanal lost five family members in the April quake and sheltered many nights under a tarpaulin. At the same time, she participated in the three-week Global Enterprise Competition that challenges students from all over the world to devise a business solution for an issue affecting a vulnerable sub-sector of society.

Keeping in mind that most people in rural Nepal do not have access to safe drinking water, and water-borne diseases are largely responsible for the country’s high child mortality rate the team developed their winning idea to manufacture cheaply-made ceramic water filters for developing countries where safe drinking water is scarce.

At an awards ceremony, co-hosted by Minister of Tertiary Education Steven Joyce and MP Dr Jian Yang, Hamish and his team were recognised not only for their innovation and business skills, but also their ability to work in a global context across time zones, language barriers, limited internet accessibility, and social and political differences.

This year’s competition involved 880 students from 179 universities across 53 developed and developing countries. Each team of eight was led by a NZ student from either Victoria or Otago universities. Over 6000 students have taken part in the programme since it began 12 years ago. 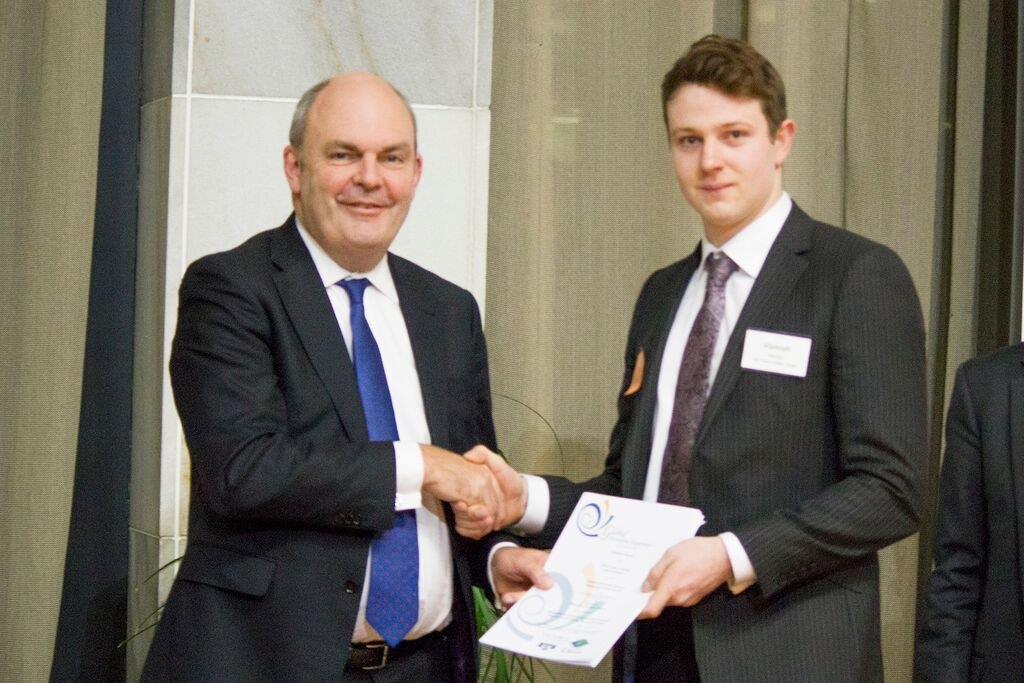