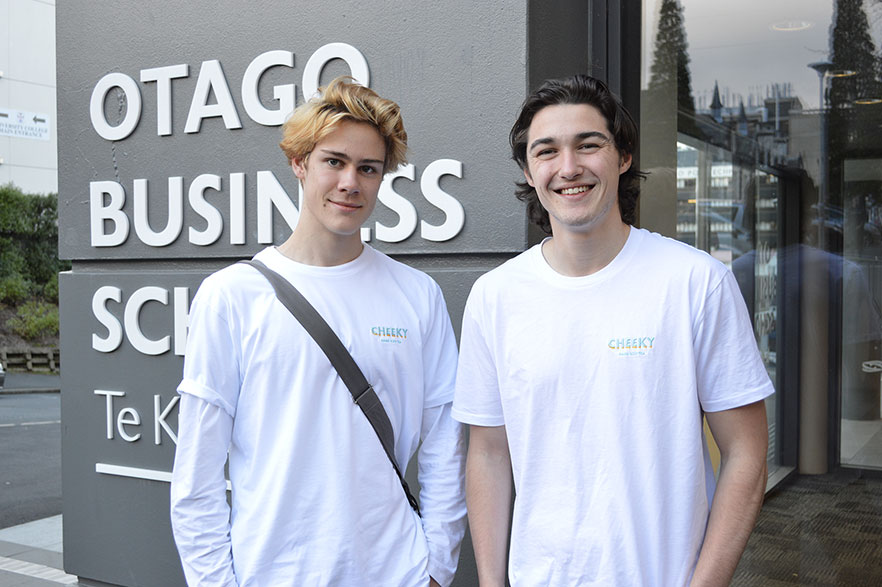 Bachelor of Commerce students Brendan Yielder and Olivier Despatis won Audacious Semester 1 with their business Cheeky Tea Co, a hard iced tea company, and now are planning to launch their product in time for Orientation Week 2021.

Audacious is a free programme for Otago University and Polytechnic students which builds entrepreneurial skills and confidence to turn ideas into reality.

Along with taking out the top spot, Brendan and Olivier won the prizes for best business case and best pitch. They were awarded $2500.

“It was cool to do something like Audacious where you’re matching what you’re studying with real-life practical business,” Brendan says.

Originally the pair planned to develop a cocktail business, but changed their minds when they realised they did not understand the older target market cocktails were marketed towards. 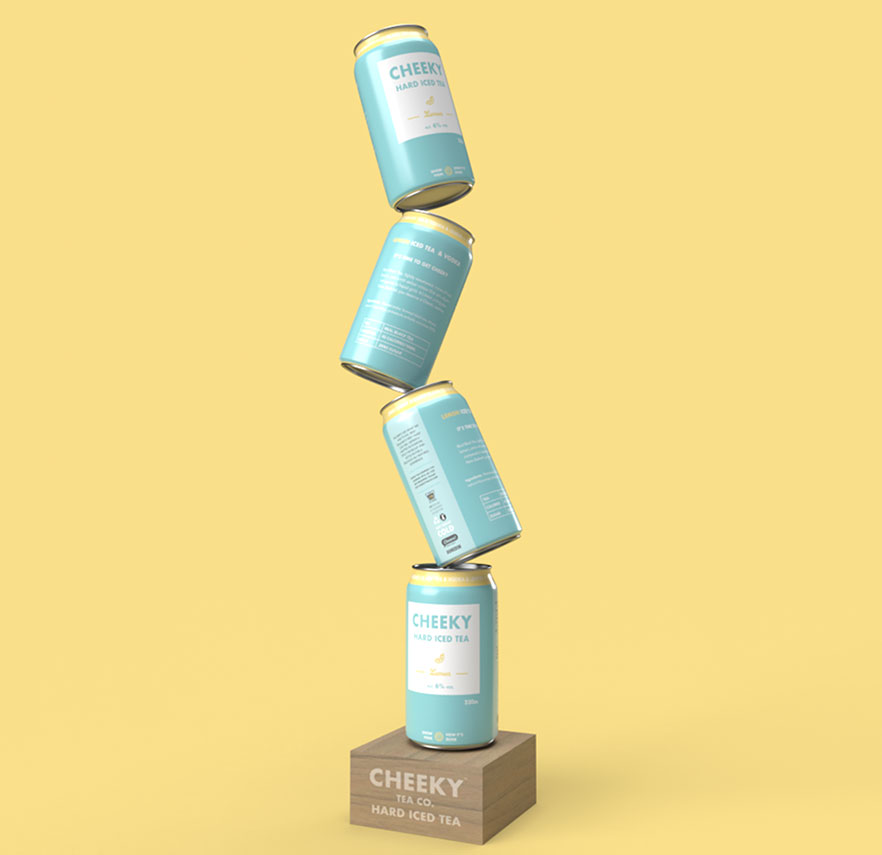 Both Brendan and Olivier were born in New Zealand and moved to Canada as children, where hard iced tea is a common alcoholic beverage. So, they decided to bring their own spin on hard iced tea to the New Zealand market.

“In our experience there wasn’t an RTD on the market that was non-carbonated and easy to drink through the night,” Olivier says.

Since winning Audacious the pair have perfected their recipe with their supplier in Auckland and they are now planning an awareness launch at a festival this October.
Meanwhile, they are continuing with their market testing.

Their iced tea has only five ingredients and uses a natural sweetener.

“Ready-to-drink isn’t always that easy to drink and we’re trying to change that,” Brendan says.

The first batch of 15,000 cans is being produced to find out whether the product is of interest to the target market of 18-24 year olds.

The first batch is a lemon flavour, which market research suggested was the most popular.

They plan to release a peach flavour further down the line, as well as a premium option when they are more established.

The iced tea will come in a can, chosen because it has the least environmental impact.

While the pair are thinking about the environmental impact of their product, they’re also considering how they can give back to the community.

They plan to allow consumers to vote for which causes they want a portion of the proceeds to go to.

The pair agree that the Audacious programme is a great way to integrate what they have learnt in the classroom into a real world scenario.

This was the second time Olivier took part in the programme, after competing with a team called Compass last year.

“I feel like Audacious is just a really great way to make the most out of your university experience,” Olivier says.

“This is a really sharp example of what happens when you do Audacious twice.