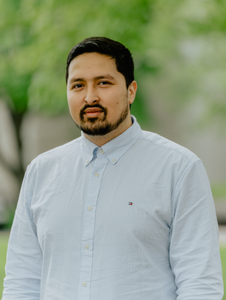 ASA founder Hamid Zawari says community has been important to the group in recent times.

For a new student’s association, the first year of being up and running has not only been successful but necessary.

The Afghan Student’s Association (ASA) was founded at the end of 2020 with the intention of creating a community for the local Afghan students. This has been especially important at a time of political turbulence in Afghanistan.

ASA founder Hamid Zawari says community has been important to the group in recent times.

“It can be an isolating experience, leaving your home and your family to live in a city away from support. These young people have seen a lot, including the resurgence of collapse of Afghanistan’s government in recent times. We got a counsellor to join us who had experienced it themselves and could provide support.”

Hamid arrived in New Zealand as a former refugee. Growing up knowing his parents’ story and the need for community in order to thrive in a new home, he set out to foster a sense of cultural identity at Otago for other Afghan students. 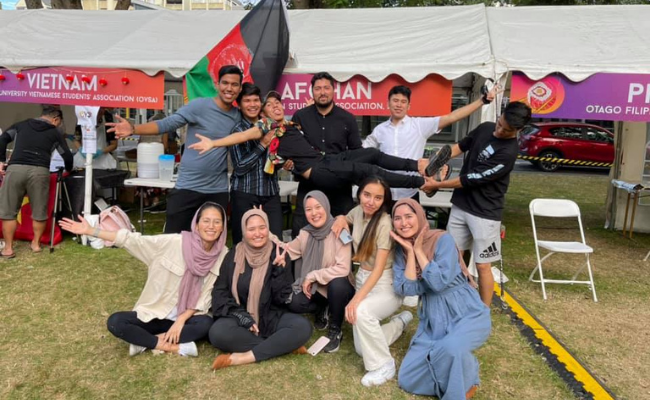 The Afghan Student’s Association (ASA) was founded at the end of 2020 with the intention of creating a community for the local Afghan students.

An important journey for the first Afghan and former refugee accepted into the Master of Business Administration at Otago, he says.

“We formed the Association at the end of last year being aware of refugees in Dunedin and the need for a space for them. I saw an opportunity for youth who had been through so much and now at University, I thought I could help unite them.”

It’s been a big year, hosting cultural celebrations such as Nouruz (Afghan New Year) as well as projects and workshops for developing confidence.

“We have a group of about 100 people in total as we welcome in whānau too. At the beginning when we set out to start this group, I had no idea there were actually so many Afghans in Dunedin.

Hamid says the group have had potential students reach out to them from other parts of the country with interest in studying at Otago.

“A lot of former refugee families leave Dunedin to move to cities which have denser populations of the community they know. I want to encourage a community here and show Afghan families Otago has a place for them.

“When we first moved here, my family opened an Afghan restaurant – it was the furthest south in New Zealand where you could find Afghan cuisine. My family used food to introduce our culture to Dunedin and help migrants feel at home.”

The group have their final adventure for the year scheduled in with a trip to put into practise some team building skills they’ve been developing.

“We are going to Central Otago. We’re going to be kayaking, hiking, doing things where students can practise their teamwork, communication tactics, leadership, building resilience, and develop their mental health awareness.”

Through his work supporting the students Hamid has been the recipient of the University of Otago 20Twenties Young Alumni Award and the ACE Exceptional Adult Educator Award.

The Afghan Students Association will be back in early 2022. Until then, keep up to date with their ventures on Facebook or Instagram.