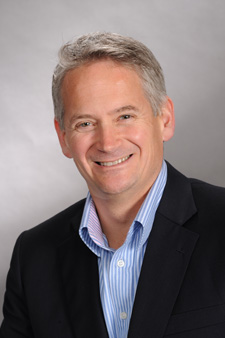 How do some public leaders survive public scrutiny of indiscretions in their personal lives, while others are forced to resign?

Professor Steven Grover from the University of Otago Business School is researching issues of behavioral ethics and interpersonal treatment, particularly respect and trust between followers and leaders.

His recent study published in the international Journal of Business Ethics examined trust violation and recovery by looking at the high profile scandals and their impact on the career of politicians and business leaders on the world stage, including Bill Clinton (US president) and Silvio Berlusconi (Italy’s Premier).

The research is leading world understanding of how much of an impact life outside of work affects the ability of a leader to lead.

Professor Grover’s study shows an apology can be an appropriate response for some, but only if key conditions are met – an apology that isn’t genuine is more damaging than no apology at all. He has developed a model that can predict likely outcomes following sexual transgression, incorporating four factors crucial to public acceptance:

As an example, if a leader elected on a platform of ethics and family values is then shown to use prostitutes, such as New York Governor Eliot Spitzer who was forced to resign after his indiscretions became known, the public is less likely to forgive than a leader who openly lives a more hedonistic lifestyle, such as Italy Premier Silvio Berlusconi.

What this means
The acceptability of trust violation depends on the leader’s persona and the cultural norms, findings that have applications for leadership beyond political sex scandals.

Similar studies show that trust violations between superiors and subordinates in the workplace are frequent and recoverable, but severe violations of integrity or harmful intent destroys trust. A working environment without trust between workers and managers is difficult - something the organisation’s leaders must understand to manage effectively.

The study provides guidance for how leaders respond to conflict, and the findings appear to be globally universal. Professor Grover is now in France conducting an international programme of research into trust violation by leaders, with a grant from the French government.