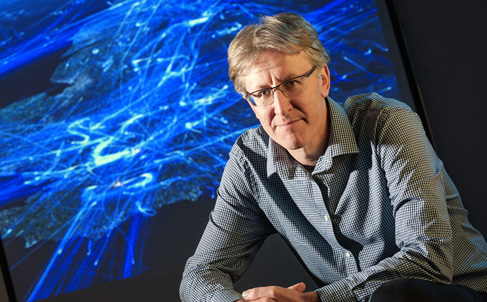 A University of Otago researcher is challenging individuals and organisations to think outside the square and start coming up with more carbon-efficient alternatives to flying for out-of-town work and leisure.

Aviation produces a lot of carbon, and it is the frequent and the long-haul flyers that are the greatest contributors to global carbon emissions.

While tourism is a major part of global aviation, holidaymakers are not the only travellers unwilling to compromise on the privilege of regular cheap air travel and move towards more sustainable alternatives.

Otago Business School Tourism Professor James Higham has been collaborating with researchers in the UK and Norway to understand the effect of climate change on air travel behaviour.

His studies have focused on high carbon intensity tourism, and it seems travellers from Norway, the UK and Germany are showing little change in travel behaviour at present.

Professor Higham’s studies show even individuals who are acutely aware and concerned about environmental sustainability – those who take recycling and sustainability seriously at home – continue to travel routinely without serious concern of the carbon emissions of their aeromobility.

Hypermobility is the term coined to describe frequent air travel - the phenomenon of this generation.

People in affluent countries throughout the world fly because it is inexpensive compared to other forms of transport – flying can be cheaper than train travel in many European countries for instance, and it is quicker and more convenient.

Although no governments have yet regulated to limit aviation carbon emissions, some European countries are starting to address current unsustainable transport and actively transition to low-carbon urban transport systems, ones that are better networked between cities.

Flying is also routine for global businesses, but Professor Higham believes it’s a trend that’s heading for change and sooner or later, business leaders and academics who travel abroad will have to face up to the growing stigmatisation of carbon-intensive travel.

Institutions that claim to be committed to sustainability will also need to extend that commitment to business travel. Although the inescapable reality for New Zealand is that it is a long way from anywhere and air travel is essential, Professor Higham believes now is the time to shift thinking and reframe work practices to be more mindful of climate change.

New and emerging digital technologies will continue to redefine how we interact with family, friends and colleagues. Flying to attend conferences and meetings will become less common as digital technologies reshape the way we build and maintain international connections.

“It would be remiss of us not to think about low carbon transitions – we could and should be at the forefront of a new way of thinking. The key point for individuals and institutions is to anticipate that change is coming, and to adapt quickly rather than ignore our carbon footprint, because significant change is already overdue,” he said.