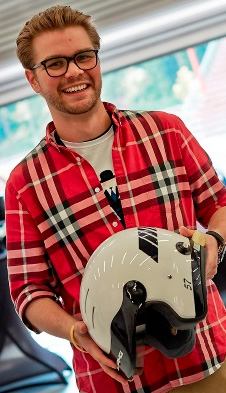 Delays in infrastructure projects can be very costly, but just how they impact on the country’s economy has been quantified for the first time by University of Otago Business School economics researcher Dr Dennis Wesselbaum.

Research into the effects of public investment on economic growth assumes that government spending on infrastructure projects like transport, energy production or medical facilities adds to the public capital stock and, therefore to a country’s growth rate, within the same period.

A joint research by Otago, the University of Georgia (Prof. Santanu Chatterjee) and the Universität Hamburg (Prof. Olaf Posch) has modelled delays in public investment and studied the effects on economic growth and macroeconomic performance.

Dr. Wesselbaum looked at delays and cost over-runs of infrastructure projects in developed and developing countries, including roads, railways, bridges, airports, hospitals and power plants, with delays ranging from 5-17 years and cost overruns varying between 140 - 2500 percent.

The results indicate that uncertainty about the arrival of public capital can undermine positive spillovers for private-sector productivity.

Delays also lower the growth rate of the economy, and leads to a diverging growth path compared to projects that run to time. This suggests that delays in providing public capital may create differences in income and economic growth across countries.

Those findings are particularly important to understand for developing countries when planning new infrastructure projects.

It also has implications for future transport and hospital infrastructure development planning in highly developed countries like New Zealand.

While delays are unpredictable, the research suggests that policy makers need to take into account the uncertainty that comes with infrastructure construction delays. This goes well beyond the scope of the project itself.

They should therefore anticipate the effects of delays and cost over-runs on the private sector and the country’s long-term growth. Planners may need to consider how to cover further spending beyond the initially planned outlay to cover any higher implementation costs.

After studying some of the major international infrastructure development disasters, Dr Wesselbaum also suggests that good planning, monitoring and communication are all clearly vital to managing large infrastructure projects well from the outset.