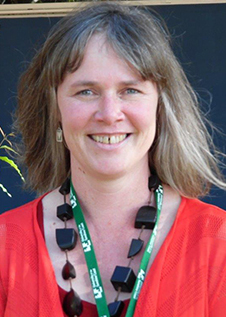 Second homes are often perceived to have tangible tourism values, particularly in the regions, but they also offer more intangible value for leisure and wellbeing for their owners.

University of Otago Business School Tourism researcher Dr Trudie Walters has been studying the development of second home practices in New Zealand, looking at how they have evolved over time.

The changing nature of second home ownership in New Zealand hasn’t happened randomly – it is the result of complex interactions between changes in housing, land use, fiscal and social policy, and changing trends in leisure consumption over the last 100 years.

Her research is helping local governments to understand how the policy decisions they make now may interact to influence the future development of second home practices in their region, and to plan for it.

Some of the very first second homes (in the late 1880s) were literally caves for men to stay while away fishing or hunting.

There was a big change to family holidays after the introduction of the Annual Holidays Act and the Family Benefit Act in the 1940’s: people were able to capitalise on the benefit to invest in a bach. This changed the thinking around leisure consumption and affordability – holidaying with the family and owning a second home was within the reach of more New Zealanders.

Affordable air travel also influenced holiday trends, particularly when direct flights to Australia started in the 1970s. In the last two decades this has had implications for second home ownership in places such as Queenstown.

Increasing property prices have led to many owners renting out their second home to recoup some of the costs of ownership, and on-line second home booking systems have been available for some time to facilitate these transactions.

Over the last two decades we have started to see a move from tourist hotspots to more affordable areas such as Opotiki and South Wairarapa in the North Island and the Mackenzie Country in the South Island.

The implications
Buying a second home may seem like an individual act, but there are overall social and economic impacts for the country to consider.

Current census collection data does not give a picture of second home ownership, something that local authorities will need to address to assist with planning.

Local government needs to monitor economic issues that are likely to impact on second home ownership such as bank interest rates - low interest rate periods have traditionally allowed people to use their first home as leverage to purchase.

They also need to be mindful of the implications for local residents of non-resident property owners voting in local government elections, something that has been problematic overseas.

Second homebuyers do not appear to be the only driving force in increasing property prices in New Zealand, as some suggest. However, second homebuyers in the UK are blamed for increasing house prices, forcing first homebuyers from the market, despite the situation being far more complex in reality.

Many people now think of the second home purchase as an investment, sometimes even negative gearing in the expectation of property price increases for a long-term return on investment. People buying for investment purposes therefore have the potential to influence purchasing price and trends, as could overseas buyers.