Just how much of a role should social media play in employee selection? 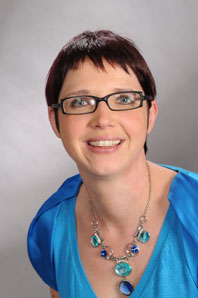 Just how much of a role should social media play in employee selection?

Employers are increasing using social networking sites such as Facebook and LinkedIn as part of the selection process, to check a potential employee’s credentials and assess personality.

University of Otago Business School Management researcher Dr Paula O’Kane is interested in how technology impacts how we work, and has explored how and why organisations are using social media in the workplace.

She and her colleagues interviewed New Zealand organisations to better understand the role of Facebook and LinkedIn within current selection procedures, finding most had used social networking sites, with or without candidate consent. Most selectors had unofficially “peeked” at profiles, rather than making it an official part of the selection process.

The selectors rationalised this by saying they wanted to assess skills and to “read between the lines” to gain a feel for the person.

However, social networking sites also provide insights into gender, age and ethnicity, increasing the risk for employers to illegally and sub-consciously discriminate.

If the information on social media profiles is public, anyone, including potential employers, can access and review it. But Dr O’Kane questions just how ethical it is to use this in the context of job applications, and where to draw the line, particularly with information that is “private.”

You might wonder how selectors could access private profiles. Selectors have been known to gain access through mutual ‘friends’ or contacts or by asking the candidate to log-in and show the selector their profile.

Most employers don’t let on they are referencing social media, but Dr O’Kane considers the ethical stance is to advise or gain consent to view social media content from interviewees, and to avoid accessing private information from profiles.
Whatever they chose to do, organisations should have a policy and adhere to it.

She also warns there is not enough research that demonstrates that analysing social media has useful predictive validity; that is social media assessment does not predict future job performance.

Dr O’Kane said it also emphasises even more the importance for individuals to be careful about what they want people to know. “Keep your personal and your work lives separate, and remember even personal information that people think is locked using privacy settings, still has the potential to be shared or discovered.”

While some studies show that candidates consider social media viewing to be unfair and an invasion of privacy, the flip side to this is that candidates can take advantage by creating a positive online presence, which could positively influence a future employer.