How is Big Data and Artificial Intelligence transforming the NZ workplace? 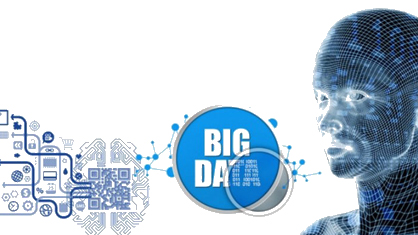 There's no doubt the rapid pace of technological change associated with the use of Big Data and artificial intelligence (AI) is transforming the work environment.

But just what is the effect on the New Zealand workplace, and how should we start preparing for a more technological future?

The University of Otago Centre for Organisational Performance Measurement and Management (COPMM) highlighted the organisational challenges and opportunities of technological change for today’s organisations at its recent 2018 symposium.

COPMM Chair Professor Ralph Adler says there's a lot of conjecture on AI taking over and displacing workers, yet at the same time there are people seeing opportunity in increased technology. He believes it’s time to present the facts and start some debate about the future.

"We organised the symposium for New Zealand researchers and business leaders to take stock of technological change in New Zealand and how it is being done, and to share lessons on thriving in the face of change. We're hoping better understanding of the issues and consequences will help foster discussion on practical ways of how to approach the looming change, so we know what is needed to prepare for the future and stay one step ahead."

He said it was interesting to hear a case study at the symposium presented by Lara Ariell, CFO IRD about its $1.5 billion investment in computer systems over a 10-year timeframe.

Other New Zealand organisations are looking with interest at this project, one of the largest of its kind ever undertaken in New Zealand, particularly in how it is implemented, and what the implications of such change are.

Interestingly, Stephen Cranefield, Professor of Information Sciences at University of Otago suggested at the symposium that incremental "step" change in introducing more technology in the workplace in New Zealand is more likely than transformational change and automation replacing human workers' in the foreseeable future.

He also says New Zealand should make the most of opportunities to look and learn from overseas experiences.

Callum McKirdy, Director of callummckirdy.com says it’s important that workplaces and workers recognise we are in a state of change, but for human resources to see opportunity rather than be threatened by it. People connections remain important, and new ways of doing things present new options for people, including in leisure time.

Clare Curran, Minster for Government Digital Services also sees opportunities, and says there is willingness by the current government to invest in technology, and in retraining workers into new roles.

But while increased sharing of information between government agencies will create a more efficient and seamless process, analysing big data has consequences.

"However, as organisations are increasing accessing such data, questions are being raised around the amount of data being collected and the individual's right to privacy and security of that information. Now is a good time to also discuss what New Zealand would like to see in data management," he said.