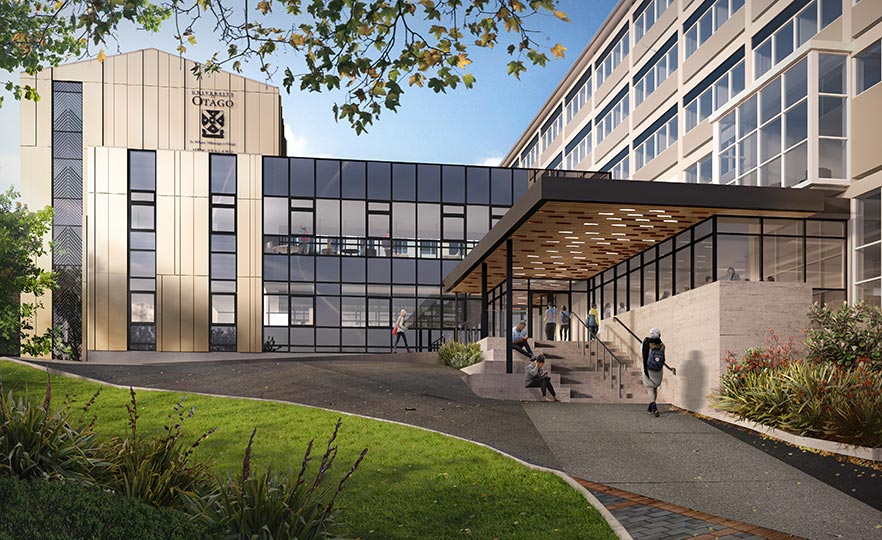 An artist's rendering of the planned Aquinas College extension.

The construction of a new wing at the University’s Aquinas College was approved at today’s monthly meeting of the University of Otago Council.

The $18.4 million extension includes the construction of a new 66-bed wing and enhanced dining facilities at the College, which is in Gladstone Road, Dalmore, Dunedin.

University of Otago Acting Vice-Chancellor Professor Helen Nicholson says that the University is forecasting a rise in the number of first year students and a respective increase in demand for residential college beds over the next seven years.

“The new Aquinas wing, and the 450-bed Te Rangihīroa College currently under construction in Albany Street, will help to address the forecast future demand, as we strive to offer our first-year students the best residential experience in New Zealand.”

University Chief Operating Officer Stephen Willis says the work fits in with the University’s Accommodation Masterplan, which was developed in 2019.

“The Accommodation Masterplan identified Aquinas College as having the clear potential to accommodate at least 60 additional beds. This project will improve operational facilities, while increasing capacity and enhancing the overall student experience.” 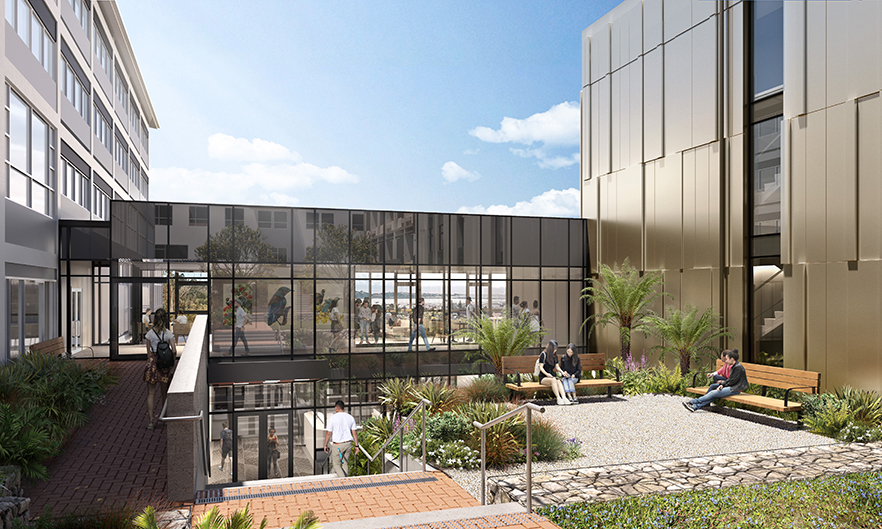 An artist's rendering of the planned link connecting the College's new wing to its existing main block.

Aquinas College Warden Luke Morrison says he’s impressed by the new layout, which includes a link connecting the new wing to the main block, a large new common space taking advantage of the College’s vista over the city and extension of the dining facilities.

“Despite the need for ongoing construction work, we will be working hard to ensure that next year’s Aquinas residents enjoy the full Otago collegiate experience.”

Named after Italian philosopher St Thomas Aquinas, the college was built in 1954 as a male Roman Catholic institution. In 1988 the building was purchased by the University. The previous priory became student accommodation and the chapel became the gym. It was known as Dalmore College until 1996 when its previous name was reinstated.

Construction work will be awarded under a closed tender system. It is anticipated that designs will be finalised next month, and demolition of the old gym will commence shortly after that.

The new wing should be ready for its first intake of students in February 2023.