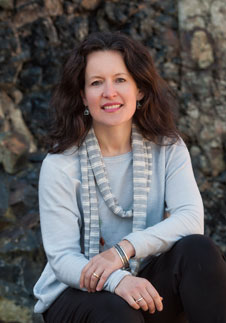 The scientists, emergency planners and numerous agencies involved in preparing for a future Alpine Fault earthquake have modelled the impacts of a major earthquake on the Alpine Fault and highlighted the need for emergency agencies to work across boundaries during a future disaster, University of Otago research reveals.

Project AF8, an initiative funded by the Ministry of Civil Defence and Emergency Management, was established in July 2016 to improve the South Island’s collective response capability to deal with the next magnitude 8 earthquake. University of Otago Research Fellow Dr Caroline Orchiston is the science leader for the project and in a research paper published today in the New Zealand Journal of Geology and Geophysics, outlines the development and outcomes of the project to date.

The most recent initiative is a series of videos, one that Dr Orchiston fronts herself, which explain the Alpine Fault hazard and offer practical advice to individuals and businesses to help them prepare for such an event. These videos are available on the Project AF8 website.

The project is based on a scientifically developed scenario that models a magnitude 8 earthquake with a rupture of more than 400km along the length of the South Island, with up to nine metres of horizontal slip and up to two metres of vertical motion across the fault.

Having developed the scenario, Project AF8 has recently completed the South Island Alpine Fault Earthquake Response (SAFER) framework. Based on the first seven days of emergency response, the plan outlines response, coordination, priority needs and the transition to recovery. It covers such things as the shelter and care of displaced people including the potential for tens of thousands of tourists, an immediate medical response and the restoration of priority telecommunications.

A Tier 4 national Civil Defence exercise is planned to be held in 2020 to build awareness and resilience and to test the SAFER framework and national response capability. The research paper outlines this will be a crucial opportunity to test the SAFER framework across the country, particularly coordinating the response that will be required by Civil Defence Emergency Management groups in the North Island to support their South Island counterparts.

Project AF8 is led by the six South Island Civil Defence Emergency Management groups and includes all their partner agencies such as infrastructure utilities, welfare organisations and emergency services.

“As a boundary organisation, Project AF8 has laid the foundation for these relationships, and the trust required across organisations through stakeholder cocreation so that future major South Island earthquake responses will be better prepared,” the paper notes.

The potential Alpine Fault scenario needed to be developed and delivered within three months of project initiation, requiring the consensus of 30 participating scientists. However, using a scenario approach ameliorated these issues by framing the scenario report as a “scientifically informed estimate” and a “living document”, allowing updates and iterations to be included as they became available, the research paper states.

Thanks to decades of prior research activity, the available scientific knowledge was sufficient to develop a timely and credible consensus understanding of the fundamental earthquake geology, seismology and geomorphic hazard science relating to the Alpine Fault. Providing a scenario was possible with little additional research effort, which was completed by Dr Orchiston in October 2016.

Rupture of the Alpine Fault is expected to cause strong shaking across the South Island for at least three minutes and would be widely felt across all New Zealand. The highest shaking intensity is concentrated along the fault with the most severely impacted regions likely to be the West Coast, inland Otago, Fiordland, inland and low-lying coastal parts of Canterbury and the southern parts of Nelson, Tasman and Marlborough.

Anticipating the landscape impacts of the event is difficult and the scientists acknowledge the actual event could be very different from the scenario, therefore planning cannot be location-specific, but generic and formulate in terms of capability development and adaptability.

Workshops have been held in various areas to discuss the severe disruption that would occur throughout the South Island in the event of the quake. In the West Coast, the focus has been on meeting local needs, evacuating those most in need and getting support to worst affected communities. While further north in Nelson-Tasman and Marlborough workshops have focused on preparing to receive displaced people from the more severely affected areas and acting as starting areas for resources into and out of the West Coast, while also meeting local needs.