Transport uses half of the energy consumed in Dunedin and produces most of the city’s energy-related greenhouse gas emissions, a new University of Otago study reveals. However, it also shows the city boasts the highest rates of electric vehicle ownership in New Zealand.

The Dunedin Energy Study, a joint project between the University’s Centre for Sustainability and Dunedin City Council reveals a total of 13.4 petajoules of energy was consumed in Dunedin during the 2018 financial year, a 5 per cent increase from 2017. 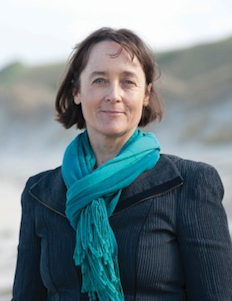 Director of the University’s Centre for Sustainability Associate Professor Janet Stephenson says transport energy consumption has grown, and is an important area for action to reduce greenhouse gas emissions.

“However, what is pleasing from an emissions perspective, was to find Dunedin’s uptake of electric vehicles tops all New Zealand cities,” Associate Professor Stephenson says.

“Electric vehicle ownership is increasing exponentially, going from around 25 in 2015 to more than 500 today. However, this is still a drop in the bucket – less than half a percent of Dunedin’s 104,000 registered vehicles.”

Dunedin’s Electric Vehicles owners’ group representative Pam McKinlay is delighted with the news. “It’s made my day”, she says. “I think our electric vehicle advocacy and education has probably helped, but Dunedin people are really interested too - we are always in demand for other events and festivals as well as the dedicated EV events we put on.”

Dunedin also has the highest proportion of electric vehicles registered for personal use (as opposed to commercial or other), followed by Wellington and Christchurch. Dunedin’s personal registrations are mostly pure electric vehicles, again at a far higher rate per 1000 people (3.29) than all other cities (2.3 or less).

“This is something for Dunedinites to be very proud of,” Associate Professor Stephenson says. “Electric vehicles have very low greenhouse gas emissions and are also increasingly affordable, and cost very little to run. I hope Dunedin can keep leading New Zealand.”

The study, commissioned by the Dunedin City Council and undertaken by Warren Fitzgerald from the Centre for Sustainability, is now in its fourth consecutive year and gathers data on all energy inputs into Dunedin.

“It’s a real collaboration to pull it all together,” explains Mr Fitzgerald. “We wouldn’t be able to do this without the assistance of many businesses and organisations who help us every year by providing information on energy supply or energy use in their sector.”

Dunedin City Council Energy Plan Co-ordinator Jeremy Baker says the Dunedin Energy Study is an important aspect of the Council’s Energy Plan and is contributing to an improved understanding of energy consumption within the city.

“Ongoing monitoring and reporting of Dunedin’s energy use and related greenhouse gas emissions is important for identifying trends and informing the development of strategies for the future of the city,” Mr Baker says.

In 2014, the council joined the Compact of Mayors, which is a global coalition of city leaders who have pledged to cut greenhouse gas emissions and prepare for the future impacts of climate change.

The first Dunedin Energy Baseline Study was completed in 2014. At the time, there was no single source of information of the amount of energy consumed in Dunedin – including households, transport, businesses, education, farming and industry.

Associate Professor Stephenson says she is not aware of anywhere else in New Zealand where this is done. “We had to develop a methodology from scratch. It is getting more refined every year and we are starting to see trends. For example, the 5 per cent increase in energy use compared to 2017 was predominately driven by the increase in diesel consumption.”

The report concludes there is significant potential to reduce energy use and emissions from transport. “As well as the direct benefits of reducing the amount of petrol and diesel consumed, there are also indirect societal and health co-benefits which are possible through the evolution of the city’s transport sector.”

These benefits can be achieved through three main mechanisms, the report states: