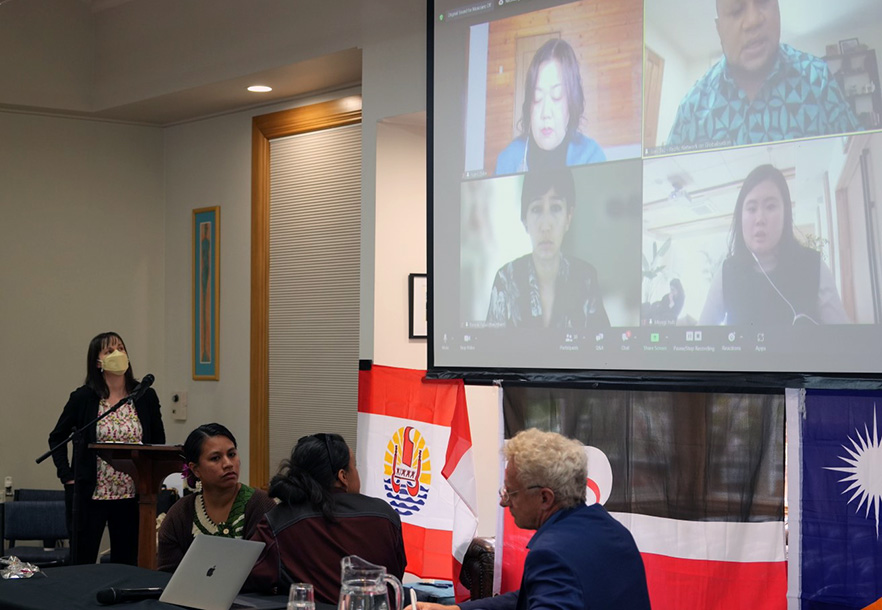 Plans to discharge tonnes of radioactive wastewater into the Pacific Ocean for around thirty years have been condemned in a statement issued today by a Pacific-wide alliance.

Dr Karly Burch, of Otago’s Centre for Sustainability, says many people will be surprised to hear that the Japanese government has approved Tokyo Electric Power Company (TEPCO) to discharge more than 1.3 million tonnes of radioactive wastewater, starting next year and for approximately 30 years.

Following the Nuclear Connections Across Oceania Conference, held at the University of Otago late last month, a working group was formed to address the planned radioactive wastewater discharge from TEPCO’s Fukushima Daiichi nuclear power plant impacted by the 2011 tsunami.

“We learned at our conference that people in Japan and throughout the Pacific are deeply concerned about the radioactive wastewater discharge,” says Dr Burch.

The emerging collective of community members, academics, legal experts, NGOs and activists from Japan and across the Pacific, who met through the conference, have co‑authored a statement of solidarity calling on TEPCO to halt their discharge plans and for the New Zealand Government to “stay true to its commitment to a nuclear free Pacific” by taking a case to the International Tribunal for the Law of the Sea against Japan’s nuclear waste disposal plans.

Greenpeace Aotearoa Senior Campaigner Steve Abel says: “It's right that the New Zealand government should stand in solidarity with Pacific neighbours and through international legal action directly oppose the discharge of nuclear waste into the Pacific Ocean.”

Dr Burch says predictive models show that radioactive particles released will spread to the northern Pacific, so secure on-land storage should be used instead.

Most of the radionuclides that will be released in the wastewater discharge have been produced through the nuclear fission of uranium.

“To ensure they do not cause biological or ecological harm, these uranium-derived radionuclides need to be stored securely for the amount of time it takes for them to decay to a more stable state – for a radionuclide such as Iodine-129, this could be 160 million years,” says Dr Burch.

TEPCO is using Advanced Liquid Processing System (ALPS) technology to filter uranium-derived radionuclides from the wastewater that has been cooling damaged reactors at Fukushima Daiichi since the onset of the 2011 nuclear disaster.

“While in Japanese the radioactive wastewater is often referred to as ‘treated water’, this does not automatically mean that the water is free from uranium-derived radionuclides. It simply means the amount of measurable radionuclides are under a designated threshold limit.

“One thing the statement highlights is that the Japanese government has known since at least August 2018 that ALPS-treated wastewater contains long-lasting radionuclides such as Iodine-129 in quantities exceeding government regulations,” Dr Burch shared.

The statement of solidarity calls for the following resolutions:

“We invite anyone interested in this topic to read and sign our statement of solidarity,” says Dr Burch.

The full statement can be found on the Nuclear Connections Across Oceania website: