All praise belongs to the Almighty, who is closer to you than your jugular. 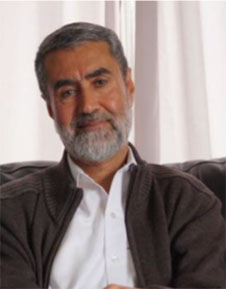 At Otago we have hundreds of Muslims who both work and study away from their families, their communities, and their support systems. The Muslim Chaplaincy at Otago University and Polytechnic has been established for this exact reason. It is to provide a support system for any Muslim in need. It is to be there for any Muslim facing any problem, big or small.

The Muslim Chaplaincy has been in the making for many years. Whilst the sincerest thanks go to all those who have supported this initiative, we are most thankful to the Almighty for making it possible.

There are two Muslim Chaplains. My name is Najib Lafraie. I am one of your Chaplains.

My life has had many ups and downs, and my varied experiences will hopefully prove useful in fulfilling this role. Born in Kabul, Afghanistan, I got a BA in Law and Political Science from the Kabul University. I also earned a Masters degree and a PhD in Political Science from the University of Hawaii, USA. During the Soviet invasion of Afghanistan I joined the resistance movement, living in harsh conditions in Pakistan and struggling against all odds. When the Red Army troops were withdrawn from Afghanistan, I was appointed as Minister of Information in the government formed by the Mujahideen (freedom fighters). Two years later we moved to Kabul and I assumed the role of Foreign Minister. When the Taliban captured Kabul, my family went into hiding; and a year later we fled to Pakistan. After three more years of precarious life in Pakistan, we finally found safety and security right here in Aotearoa.

We came to NZ as refugees in September 2000. That came with its own many struggles. I was fortunate to get a teaching job at the Department of Politics here at Otago in July 2002. After 13 years of teaching, I retired at the end of 2015.

Retirement has given me the opportunity to do more voluntary work. My volunteering started in the mid 1970s in Hawaii by teaching English to Vietnamese refugee children. I also taught Islam at Oahu Correctional Facilities, Hawaii, in the mid 1980s. Among other voluntary work in NZ, I joined the Inter-faith Coalition for Justice and Understanding in Christchurch in the early 2000s and have been a member of the Dunedin Abrahamic Interfaith Group since 2004. I was a Religious Volunteer (Chaplain) for Muslim inmates at Otago Corrections Facility from 2007 until very recently. I have also served as a Red Cross volunteer to support the former refugees’ resettlement in Dunedin for three terms since 2016.

So, if you are ever in need, please contact myself or Sister Salmah Kassim. We are here for you.

“Worshiping God is nothing but to serve the people!”  ~ Saadi, the 13th century Muslim Persian poet