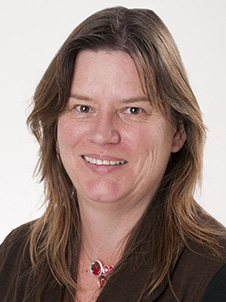 Obese people with heart failure are less able to produce a naturally occurring heart-protecting hormone, due to a change in protein processing according to new research from the Christchurch Heart Institute (CHI), a University of Otago Research Centre.

Understanding the whole picture of the effect of obesity on the heart is a step closer thanks to Dr Lynley Lewis who has been studying the heart hormone, NTproBNP, in patients with heart failure. This hormone, discovered by the CHI in 1995 is released by the heart as part of a defence mechanism in support of the ailing heart.

Measurement of NTproBNP is routinely used in clinics around the world to assess whether the heart is under stress or not. Levels go up with heart failure, but it is well known that the levels of these hormones are much lower than would be expected in people with heart failure who are also obese.

“It has long been known that NTproBNP, which is formed from the pro-hormone proBNP, is reduced in obesity but we didn’t know why,” Lewis said. Our research has shown that obese people with heart failure have increased levels of a modified version of proBNP that has extra sugars attached to it, and this modified version has reduced ability to form the protective hormones in response to heart stress. So people who are obese are less able to produce protective hormones in response to heart stress than those who are not obese”.

The next step is to look at the production of these peptides in people with diabetes and heart failure, because the risk of heart failure is known to increase in diabetic patients.

“We are still a long way off applying this in the clinic, but we now have a mechanism that can partly explain why the levels are reduced in people with heart failure who also suffer from obesity. This knowledge will allow us to look at different subgroups of heart failure, to improve our understanding of heart failure development in the general population and its link with obesity,” Lewis said.

Funding for this research has been provided by the National Heart Foundation of New Zealand and the Health Research Council of New Zealand.