Deaths from cardiovascular disease could be reduced thanks to another world-first finding by researchers at the Christchurch Heart Institute. 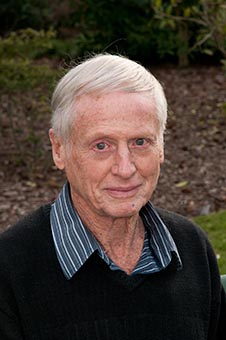 Emeritus Professor Eric Espiner and Senior Research Fellow Dr Tim Prickett have been studying a hormone in the blood called C-type Natriuretic Peptide (CNP) and its importance in protecting the body from inflammation. Their research was recently published in the international journal Peptides.

“If left unchecked, inflammation can cause numerous physical problems including scarring and stiffness of arteries and damage to organs such as the heart, liver and kidneys. We found that CNP in the blood stream reflects an increased production of CNP in tissues, as part of a protective response to inflammation,” said Professor Espiner.

The finding that CNP acts to protect the body is key to helping save lives through early detection of serious conditions such as atherosclerosis, which can lead to heart attack or stroke. Dr Prickett explains, “We examined two quite different groups of healthy people – one group age 28 years, the other age 50 years – both without history of heart or kidney disease. High levels of CNP in both age groups were found in people who had stiffer arteries, reduced pumping action of the heart, higher fat levels in the blood and liver, and reduced kidney function.” 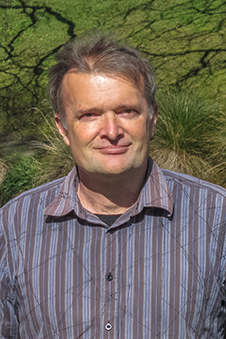 In many studies over the past three decades the CHI has pioneered the use of blood measurements of the heart hormones ANP and BNP in the diagnosis of heart disease, as well as their roles in maintaining a healthy heart and circulation.

“This told us that the three hormones work together to reduce damage from inflammation in heart and blood vessels. The higher levels of BNP in these healthy people likely reflect a genetic advantage reducing fat accumulation and improving heart function. On the other hand, higher CNP likely reflects the body’s response to inflammation and scarring that is already present. Based on this, future interventional therapies aimed at increasing the activity of both systems, when appropriate, will lead to reductions in cardiovascular deaths,” said Professor Espiner.