Aiming to develop better blood tests to identify which patients with acute heart failure are at risk of incurring damage to their kidneys, is the focus of work led by Dr Anna Pilbrow, for which she has received a Heart Foundation small project grant of $14,900. 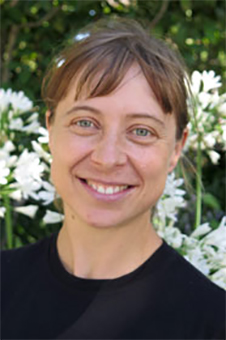 According to Dr Pilbrow, acute heart failure is a leading cause of hospitalisation and death in older adults. In these patients, an abrupt loss of kidney function (called acute kidney injury) doubles the risk of dying within a year.

Currently, it is impossible to detect kidney injury early enough to change a patient’s treatment, because the gold-standard indicator of kidney function, blood concentrations of creatinine, may take many hours or days to increase after kidney damage has occurred, during which time the damage may become irreversible.

Consequently, there is an urgent need for new ways to detect kidney injury in patients with acute heart failure early.

“In this project we will optimise a protein analysis method that will allow us to test whether gene changes in the kidney that we have previously observed, lead to altered protein concentrations in the kidney. If so, these proteins could represent ideal biomarkers of kidney function/health for follow-up studies in blood,” Dr Pilbrow said.

This project will explore cutting-edge protein analysis methods and provide a short-list of candidate protein biomarkers for future studies. The long-term goal is to develop a blood test for early detection of acute kidney injury that will reduce hospital readmissions and deaths in patients with acute heart failure.