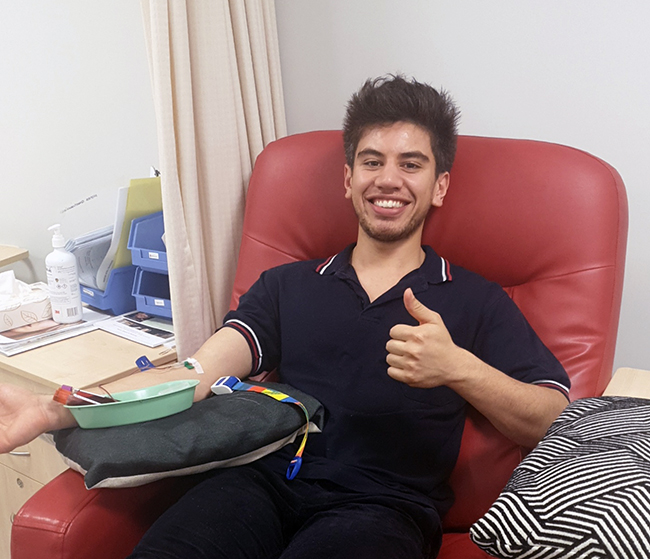 Working in a lab to help further research into the relationship between the microbiome and cardiovascular disease, may not be how many young people would want to spend their summer. For Jayde Ngata, 24, working alongside scientists at the Christchurch Heart Institute’s Translational Biodiscovery Laboratory in Christchurch and Department of Surgery, is his kind of heaven.

“This is amazing, exactly the stuff I’m into. I love it!” he said.

The summer studentship role supports Dr Sarah Appleby and Dr Rachel Purcell in their research project, The role of circulating bacterial DNA in cardiovascular disease. Investigating whether a heart attack drives intestinal barrier failure (leaky gut) leading to an increase in bacterial DNA circulating throughout the body. This could trigger inflammation and consequently predispose patients to subsequent cardiovascular events. According to Jayde, there’s a lot to learn from bacteria particularly the role of the microbiome in diseases such as this.

“This project looks at the role of gut bacteria in disease. It’s cool that these organisms have so much to say, but we have only scratched the surface about what they can tell us about ourselves, disease and where we are going.”

Jayde’s enthusiasm for microbiology began at Kerikeri High School where his biology teacher Miss Madeleine Ware encouraged him to consider science as a career. He was surprised to find his initial reluctance develop into a passion and he enrolled in a Bachelor of Science majoring in Microbiology at the University of Otago, Dunedin.

“Student life was a good experience. I have really valued the networking and learning opportunities offered by the Microbiology Department especially the support provided by the kaiawhina network (formerly) led by Rachel Hannaway, and Te Huka Matauraka (Maori support centre) led by Aunty Pearl Matahiki; whom both share a massive part in supporting my academic endeavours. In addition, I would like to acknowledge the very important role my whanau play particularly my nana, Linda Ngata, who has been a role model for me throughout my journey, and to my iwi – thank you to Ngāti Porou and Ngāi Tahu.” said Jayde.

The networking has led Jayde to a position as an Assistant Research Fellow at the Microbiology Department, and he intends to continue into postgraduate study through Honours in 2021, researching CAR-T cell therapies to treat cancers, under the mentorship of Professor Alex McLellan.