Children’s animated movies often enforce gender stereotypes, but they also hold the power to quickly shift them, a University of Otago study has shown. 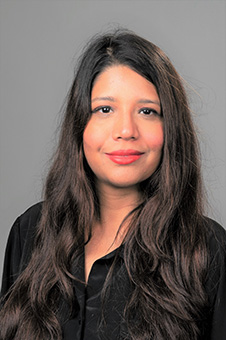 Lead author Dr Anita Azeem, of the Department of Psychological Medicine, says children are constantly exposed to a range of media which impacts how they perceive themselves and others.

“Disney movies are often considered harmless, but research has consistently found that traditional princess movies in particular carry strong messages about gender roles. Viewing such content, as our study suggests, affects how children think about gender-related abilities and attributes,” she says.

Princesses are often portrayed as beautiful and helpless, while princes are shown as strong, smart and heroic.

These stereotypical depictions can become problematic if they dictate life decisions like career choices, friendships and romantic relationships. Of particular concern is the distress and abuse some children experience when they possess talents and interests traditionally assigned to another gender.

“Given such long-lasting impacts, children’s media must be mindful of the characters they portray, and attempts must be made to help shift ideas of gender roles,” Dr Azeem says.

The research team, which also included Associate Professor Jackie Hunter and was supervised by Professor Ted Ruffman, found children shown counter-stereotypical videos had less gender bias after the three-week period, a change particularly true for those aged 4 and 5.

“The study highlights the importance of how gender roles are portrayed in media and reinforces how children’s attitudes are easier to shift when they are younger,” Dr Azeem says.

There has recently been some effort on behalf of filmmakers to steer away from stereotypical content. For instance, movies like Brave, Moana and Frozen, have successfully depicted princesses that are brave, independent and need no prince to rescue them.

“Such representations are a very positive step in the right direction, and our study indicates that exposure to such films provides a simple and easy means to change attitudes, and potentially improve relations in society.

“I hope parents will be mindful of what their children are watching and, in particular, what these young minds are learning from exposure to such content.”