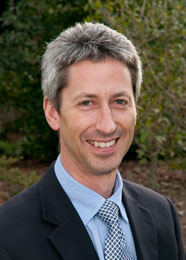 Congratulations to Professor Richard Troughton on his recent Health Research Council grant award which is set to boost the IMPERATIVE-HF study by $730,000 over 36 months.

Professor Troughton is overseeing a study in collaboration with Prof Rob Doughty in Auckland that looks at reducing the likelihood of people with heart failure needing readmission to hospital for further heart failure events.

IMPERATIVE-HF is a five year study which began in 2014. It will assist to identify when people are best ready for discharge from hospital as well as guide what medication is most effective to reduce further health problems.

Heart failure is a common condition and a major cause for hospitalisation in adults. One in four patients hospitalised with heart failure will be readmitted within 30 days of discharge. These very high readmission rates are a global problem for which no effective strategy has yet been found.

If successful, the IMPERATIVE-HF study findings can be immediately applied to clinical care and incorporated into international guidelines for heart failure management.