Awards for teaching and support staff 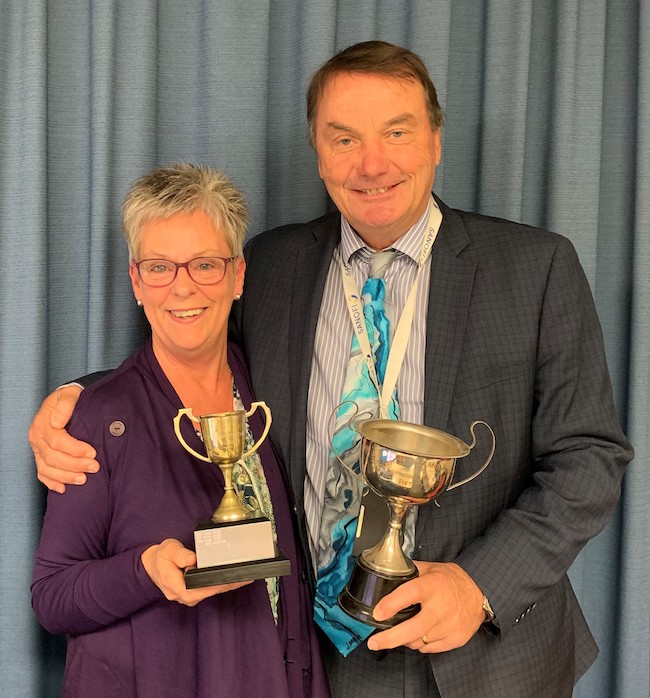 Three members of the Department of Orthopaedic Surgery and Musculoskeletal Medicine were recognised at last week’s awards ceremony held at the Christchurch campus.

Logan Walker received an award for being the Best Registrar Teacher.

And Jane Marriner was awarded for her efforts a Best Support Staff.

The awards, which are accompanied by engraved trophy cups, were given by the Christchurch Medical Students’ Association based on votes cast by the 2018 5th year medical students.

Hooper and Marriner were present at the ceremony to receive their trophies in person from the Deputy Dean of Research, Professor Vicky Cameron.

Walker, who is a Radiology Registrar and teaches into a number of 5th year programmes, wasn’t able to be present at the ceremony, but has since retrieved his trophy and has found a special place to display it.

“It feels great to have earned this award”, says Marriner, “and by that I mean, to have received something that has been voted on by the people you serve.” Marriner shared her award with Diane Taylor from Advanced Medicine. It seems our students just couldn’t separate these two for the service and support they offered throughout 2018.

And it was a strong field too at the leadership level. Hooper shared this award for Best Consultant Teacher with Professor Richard Gearry and Associate Professor Penny Hunt.