Presenters at the 3D Printing in Medicine Summer Course 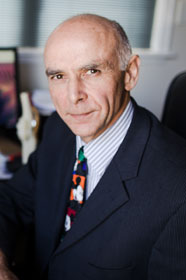 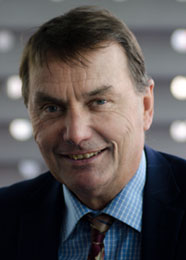 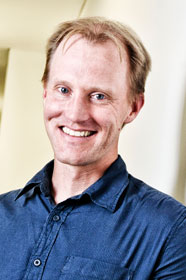 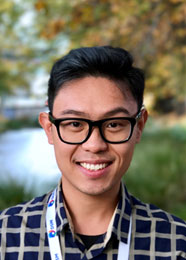 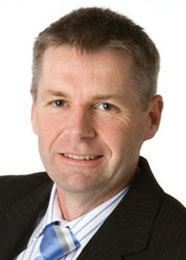 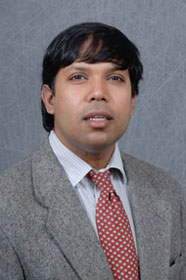 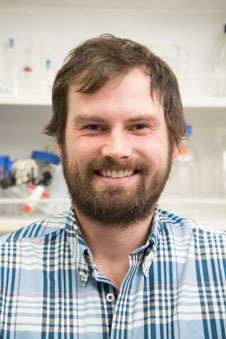 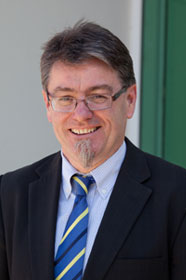 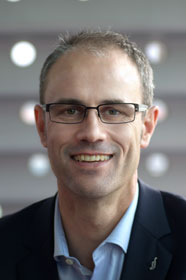 James Burn completed his fellowship at the Nuffield Orthopaedic engineering Centre, Oxford, United Kingdom. He works as a specialist orthopaedic surgeon in the Canterbury District Health Board, New Zealand and in private practice at Southern Cross Hospital, Christchurch, New Zealand. Mr Burn has used custom implant solutions for 15 years and 3D printed implants for nine years. He was the founding shareholder of Enztec, mainly involved in instrumentation systems for orthopaedic implant companies, and is a founding shareholder of Ossis, specializing in 3D printed orthopaedic solutions. Mr. Burn is currently running a trial using polyimide as a bearing surface in hip replacements.

Gary’s clinical practice is largely confined to adult elective surgery with the majority being joint replacement surgery. He leads a research group that focuses on outcomes following joint replacement with several RCTs currently in progress. Other research interests include bioengineering with the manufacture of articular cartilage scaffolds, the effect of joint replacement on bone density, and the investigation of disposable orthopaedic implants.

His department is responsible for managing the New Zealand Joint Registry which has produced several published articles on the outcome of joint replacement surgery within New Zealand and is the first registry to generate long term patient reported outcome measures.

Associate Professor Travis Klein heads the Cartilage Regeneration Laboratory (CRL) and the Injury Prevention and Trauma Management Theme at the Institute of Health and Biomedical Innovation. He is also the Biomedical Engineering and Medical Physics Discipline Leader in the School of Chemistry, Physics, and Mechanical Engineering, and the Deputy Director of the Australian Research Council Training Centre in Additive Biomanufacturing. Travis’ ultimate aim is to help develop long-term regenerative therapies for treating cartilage defects, including osteoarthritis. To help understand chondrogenesis and joint pathologies, and engineer functional tissues, his group is developing:

In addition, the CRL works towards advancing imaging technologies for monitoring changes in native and tissue-engineered cartilage. One particular area of interest has been in understanding the differences between chondrocytes and extracellular matrix of different depth zones, and recapitulating these in vitro.

Doctor Khoon Lim is a biomedical engineer with specialization in polymer chemistry. His research focus is on adopting a class of polymers known as hydrogels as tissue engineering matrices for a variety of applications. His research technology platform involves photo-polymerizable hydrogel bioinks for 3D bioprinting of functional tissues and also delivery of bioactive molecules to promote tissue regeneration.

I have been part of New Zealand’s orthopaedic manufacturing industry in one way shape or form since the early 1990’s; initially as a founder of Enztec, where we survived on youthful exuberance and skill of faking it until we understood what the hell we got ourselves in to, then we faked it some more. In 1998 I was a founding shareholder of New Zealand’s first dedicated 3D printing business Stratatec Ltd. Then again in 2010, being a sucker for punishment, we established Ossis Ltd, as Australasia’s only certified Custom Implant manufacturer.

Roger Narayan is a Professor in the Joint Department of Biomedical Engineering at the University of North Carolina and North Carolina State University. He is an author of over one hundred publications as well as several book chapters on processing, characterization, and modeling of biomaterials.

Dr. Narayan has received several honors for his research activities, including the University of North Carolina Jefferson-Pilot Fellowship in Academic Medicine and the American Ceramic Society Richard M. Fulrath Award. He has been elected as Fellow of the American Ceramic Society, ASM International, AAAS, and AIMBE. He recently served as an ASME Swanson Fellow with America Makes, the US national additive manufacturing institute.

Dr. Narayan has also led the development of interdisciplinary teaching programs in nanobiotechnology at Georgia Tech and at the UNC/NCSU Joint Department of Biomedical Engineering. At Georgia Tech, he was awarded a Class of 1969 Teaching Fellowship to create problem-based learning course materials for materials science and biomaterials courses. He also served as director of a biomaterials certificate program for undergraduate students in Georgia Tech’s College of Engineering. More recently, he developed graduate certificate programs in nanobiotechnology at the University of North Carolina and at North Carolina State University; the certificate development effort was supported by a grant from the North Carolina Biotechnology Center.

Seamus Tredinnick is the CEO and Cofounder of Ossability, a bootstrapped start-up that is applying industrial 3D printing and data-science to veterinary surgery. Beginning his career as an engineer and moonlighting as an entrepreneur, he is helping build NZ Inc. through the application of 3D printing at medical device companies like Ossis and Enztec and is in the driving seat at the growth stage Ossability. He has successfully translated 3D printed titanium implants from pre-clinical research into products in the hands of surgeons across the world.

Through a position at the University of Otago, he experiences life at the coal face of orthopaedics, bringing surgeon’s ideas to life through applied research. Seamus has a wealth of practical experience in medical device R&D, has a deep understanding of the commercial realities of additive manufactured products, and has built a technology company from the ground up.

Professor Gordon G. Wallace was appointed an Officer of the Order of Australia and served as Wollongong's Australia Day ambassador in 2017. He was appointed to the Prime Ministers Knowledge Nation 100 in 2015. Professor Wallace is a Fellow of the Australian Academy of Science, Australian Academy of Technological Sciences and Engineering (ATSE), Institute of Physics, and Royal Australian Chemical Institute (RACI). He received the Inaugural Polymer Science and Technology Award from the Royal Australian Chemical Institute (RACI) in 1992; the RACI Stokes Medal for Research in Electrochemistry in 2004; and the HG Smith Memorial award from the RACI in 2008. He was awarded an ETS Walton Fellowship by the Science Foundation Ireland in 2003; named NSW Scientist of the Year (Chemistry) in 2008; appointed as a Professor in the World Class University by the South Korean Government in 2009; received the SPIE Smart Materials Research Lifetime Achievement Award in the USA in 2009 and was honoured with the 2009 Smart Structures and Materials Lifetime Achievement Award.

With more than 800 refereed publications, Professor Wallace has attracted some 30,000 citations and has a h-index of 75. He has supervised more than 100 PhD students to completion at the Intelligent Polymer Research Institute and currently co-supervisors 30 PhD students.

Associate Professor Woodfield leads the Christchurch Regenerative Medicine and Tissue Engineering (CReaTE) Research Group in the Department of Orthopaedic Surgery and Centre for Bioengineering and Nanomedicine at the University of Otago, Christchurch, New Zealand.

His CReaTE group investigates stem cell and biomaterial-based strategies for musculoskeletal tissue regeneration and their application in the clinical translation of orthopaedic medical devices and cell-based therapies.

Tim was awarded a Rutherford Discovery Fellowship by the Royal Society of New Zealand in 2012 focusing on Regenerative Medicine of cartilage and bone, and he is a Principal Investigator within the New Zealand Medical Technology Centre of Research Excellence (CoRE). He also holds an adjunct Associate Professor position at the Institute of Health and Biomedical Innovation, Queensland University of Technology, Australia.