This project will bring more than a decade of basic science research in the Department of Immunology and Microbiology at the University of Otago to a high-quality clinical trial on the prevention of tonsillitis in children with recurrent infections (Walls, Power & Tagg, 2003).

The primary objective of this research is to establish if the use of probiotics can reduce the burden of disease, and as a consequence the need for surgical intervention, in children with recurrent tonsillitis.

We will run a randomised double-blinded controlled trial to address the following hypothesis - BLIS K12 probiotics taken orally reduce the incidence of recurrence of tonsillitis in children who have recurrent tonsillitis.

The BLIS Tonsillitis trial will recruit patients from June 2016 to June 2017.  It will require approximately 40 patients per group for each study with 5 months of follow up per patient.  Children will be recruited from two sites - the CDHB and CCDHB.

The organism Streptococcus Salivarius K12, also known as BLIS (bacterion-like inhibitory substance) K12, was isolated at the University of Otago by Professor John Tagg from the mouth of a healthy child (Wescombe, Hale, Heng & Tagg 2012).  It is known to release two lantibiotic bacteriocins named salivaricin A2 and salivaricin B, whic inhibit the growth of multiple pathogens including Streptococcus pyogenes, a major cause of tonsillitis.  In addition, BLIS K12 can inhibit the growth of Haemophilis influenzae, Streptococcus pneumoniae and Moraxella catarrhalis, the three most significant pathogens causing otitis media.  This is now available as a commercial product available in pharmacies across New Zealand and globally.

It has been demonstrated that BLIS K12 colonises the upper respiratory tract of infants and with good persistence, given that after only 3 days of administration it can still be detected 32 days later (Power, Burton, Chilcott, Dawes & Tagg 2008).  On the basis of these findings, there have been a number of pilot studies to determine if BLIS K12 has the potential to colonise the upper respiratory tract for longer periods of time to prevent infections. 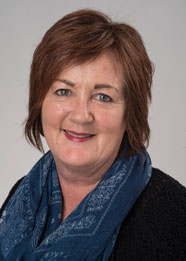 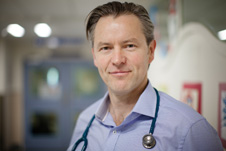