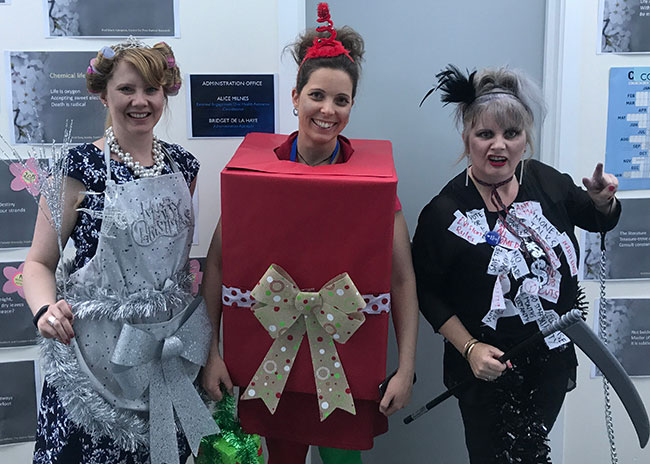 The trio entered as the Ghosts of Christmas Past, Present and Future. They took out the Best Team and Best Overall prizes.

Professor Margreet Vissers from the Centre for Free Radical Research won a prize for the Best Breach of Health and Safety. Her costume was inspired by Fred Dagg’s Christmas carol, Star of wonder.

The Pathology Admin Team and Professor Vissers also won awards at the Christmas Hat competition in 2016.