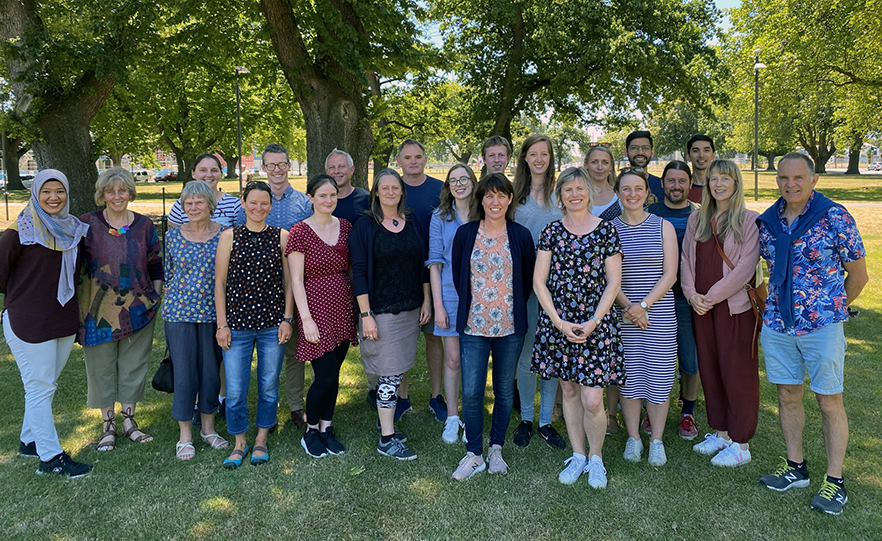 The Centre for Free Radical Research (CFRR), which sits within the campus’s Department of Pathology and Biomedical Science, has received the award for its outstanding research performance at international level.

CFRR Director Professor Mark Hampton says his team is both thrilled and humbled to have been selected for this year’s award, especially considering the strength of other outstanding research groups across the university.

“We are particularly proud of our team, and our senior members see this award as a vindication of all their hard work keeping the group together over several decades.

“Eighty percent of our CFRR academic staff rely on grant funding for their salaries, and this award will provide a valuable morale boost after some challenging years. We have a new generation of research leaders coming through, and we hope collaborators, funders and students will continue to see our group, and the Christchurch campus in general, as a great place to participate in medical research.”

The CFRR consists of five principal investigators and eight experienced research fellows who have combined their expertise in chemistry, biochemistry, molecular biology and cell biology to investigate how free radicals and antioxidants work inside the body and how this knowledge can be used to diagnose and treat human disease and maintain optimal health.

“Our research focuses on understanding the production and fate of reactive oxidants inside our cells, and how this knowledge can be applied to the treatment of bacterial infections and cancer, and the diagnosis and treatment of inflammatory diseases, particularly those of the lungs and bowel, “Professor Hampton says.

“We’ve had some exciting results recently, revealing new strategies for attacking bactera that cause pneumonia, and for targeting melanoma cells. Age is a major risk factor for many human diseases, and we are also beginning to investigate what happens inside our cells as we age. The long-term goal of this research is to help reduce the burden of age-related disease.”

CFRR researchers have attracted more than $15 million in competitive external funding in the past five years, predominantly from the Health Research Council and Royal Society Marsden Fund Marsden grants are considered the hallmark of excellence for research in Aotearoa New Zealand, and the CFRR has been awarded six of these in the past five years. They have also published more than 102 papers in international peer-reviewed journals during this time.

The CFRR was originally established by Professor Christine Winterbourn - the first woman to win New Zealand’s top science accolade, the Rutherford Medal. After joining the university in the early 1970’s she went on to set up her own laboratory, which became known as the Free Radical Research Group.

In 2012, the group was re-named the Centre for Free Radical Research with four principal investigators, three of whom were previous PhD students of Professor Winterbourn – Professors Hampton, Margreet Vissers and Tony Kettle.

Professor Martin Kennedy, Head of the Department of Pathology and Biomedical Sciences, says the CFRR has successfully retained several senior scientists whose expertise is crucial to their research output and the education of post-graduate students.

“This award win is a deserved accolade for this internationally acclaimed team, and highlights the vitality and quality of the biomedical research environment and postgraduate study options available here at University of Otago, Christchurch.”

Deputy Vice-Chancellor Research and Enterprise Professor Richard Blaikie says the CFRR is a worthy winner, due to the team’s outstanding scholarly achievement and prodigious research output.

“It is fitting recognition for the CFRR group, as this year happens to mark the fiftieth anniversary of Professor Winterbourn’s first ever publication from the University of Otago, in the journal Nature. This award marks the ongoing successes of the powerhouse group she established, a group which is progressing from strength to strength.”

It is the second consecutive University of Otago Group Award win for the university’s Christchurch campus. Although not awarded last year, the Department of Medicine’s Christchurch Heart Institute picked up the award in 2020.

The CFRR is planning a showcase event to mark the award win in February next year.